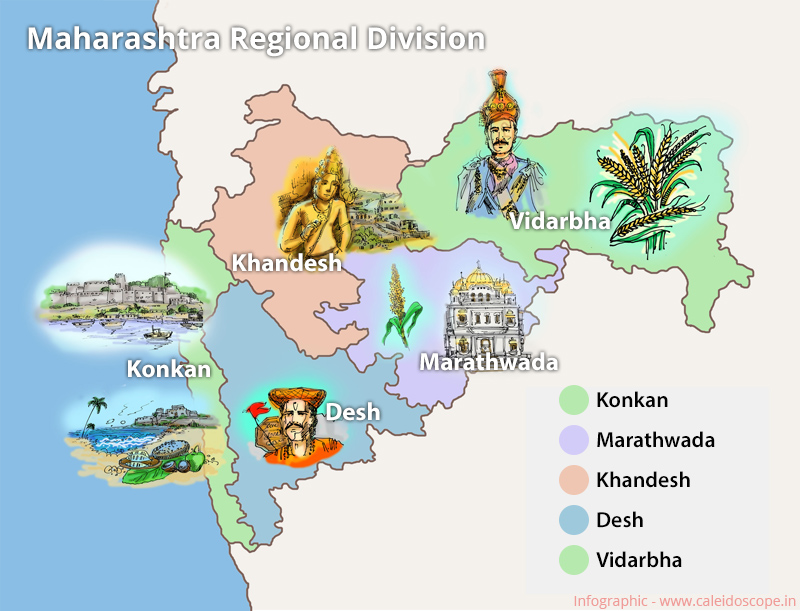 The much hyped Maha elections have drawn to a close, and all the major political parties are awaiting the results with a bated breath. This time, there is much confusion among both parties and their supporters due to the collapse of alliances on all sides. On the one side, Sharad Pawar led NCP broke up with Indian National Congress, while on the other, Shiv Sena broke their 25-year old alliance with BJP. While politicians on both sides have their amazingly logical reasoning for this separation, the voters of Maharashtra are today a confused lot.

Maharashtra is the second most populous state in India and also the third largest state in terms of area. Further, the state dominates the Indian economic landscape as well, being the home to the nation’s largest industrial belt and its financial capital. Culturally as well, the Marathi identity is quite established at the national level as the most prominent regionalism movement.
However, the identity of “Marathi Maanus” has been quite a divisive issue in India during 1960-1980s. Since then, Marathi politicians have been playing this identity politics to unite Maharashtrians against the migrants from rest of India, who are often portrayed as bunch of opportunists trying to steal away jobs and economic prosperity.

Among the parties, Shiv Sena has been the flag bearer of Marathi regionalism and has taken up numerous campaigns against outsiders who threaten the socio-economic and cultural well being of Marathi-speaking population. It began with protest against a wave South Indians who came into Mumbai during 1960s to run restaurants or to work in industries. Soon this identity campaign widened to cover all outsiders, be it migrants from UP, Bihar or illegal immigrants from Bangladesh.

While all this political and social upheaval was underway, Maharashtrians seemed to remain surprisingly nonchalant about it. It is serious doubtful if all these years of campaign for building a powerful unified Marathi identity has created anything of a solid monolithic culture. One simple question can reveal the answer. While Indian states with strong regional language and culture have their own regional party to represent their politics, I was surprised to know there is no single political party that holds sway across the state of Maharashtra!

The sub-regions of Maharashtra have a homogeneity in terms of language, food cuisine, clothing, etc. This large state can be sub-divided into five divisions, each having their own unique cultural identity. Here is a brief description of the major sub-regions in Maharashtra: 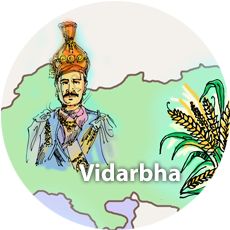 This region lies to the extreme eastern hinterland of the state with Nagpur as its central hub. Vidarbha existed as an independent state during the medieval ages under the Bahmani Kingdom until the Mughal Empire annexed it. After the region regularly changed hands from Maratha rulers to Hyderabad Nizam and finally the British. The Berar region, which is now called “Amravati division” is also part of the larger Vidarbha region. This roughly corresponds to the former province of Berar, which was ceded to Hyderabad Nizam by the Maratha Maharajas of Nagpur in 1803.

During the linguistic reorganisation of states in India, the Fazal Ali Commission recommended creating a separate state for the region. However, sporadic calls for statehood have not strengthened into a major movement unlike the neighbouring Telangana. The region is rich in minerals and Nagpur is now emerging as a major regional hub for industries. With regional parties weakening their grip and BJP strengthening its position in this region, the call for Vidarbha statehood has renewed in vigour. 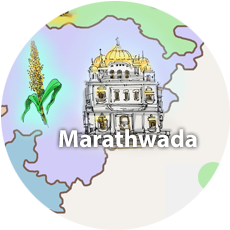 This dry arid region adjoining Vidarbha lies at the centre of Maharashtra. This is the most neglected and socio-economically backward region in the state. After the Mughal rule declined, this region was ruled by Maratha kings until it was annexed by the Hyderabad Nizam. The region has major historical significance with numerous world heritage monuments in and around Aurangabad, the regional hub. Tourism is the only thriving industry catering to visitors for historical sites such as Ajanta, Ellora, Daulatabad Fort and pilgrimage centres such as Ghrishneshwar Mandir, Nanded Gurudhwara, Shaktipeeth temple, etc.
Marathwada has lagged behind the rest of Maharashtra in economic prosperity due to Lacks natural resources and water scarcity. Since it is a rain-shadow region, it is prone to drought and there are numerous farmer suicides due to inability repay agricultural loans. 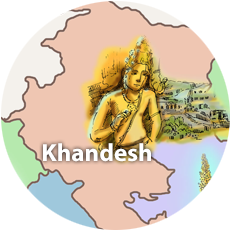 Khandesh is also known as Nashik division or Northern Maharashtra. It is one of the lesser known regions of the state. The name “Khandesh” is derived from the “Khan” title given by Ahmad-I of Gujarat (1411-1443) to Malik Nasir Khan, the second of the Faruqi kings. According to some sources, the name comes from the Khandava forest of Mahabharat. After the Mughal rule declined, this region was ruled by Maratha kings until the British took over. Fed by the river Tapti, the Khandesh region is fertile to grow cotton, banana, pulses, etc. Jalgaon is the regional hub which has built a reputation as a major agricultural trading centre. 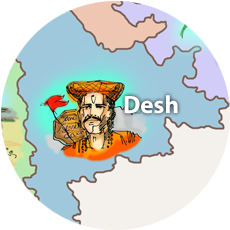 “Desh” is the abbreviation for “Maharashtra-desh”, that denotes the historical region of the west-central Deccan Plateau centred on Pune. Marathwada, which was part of it earlier became separate when it was conquered by the Nizam of Hyderabad. Desh is considered the cultural heart of Maharashtra with Pune as its cultural capital. This region was the birthplace of the Maratha Empire in the 17th century, and is home to a number of large cities like Kolhapur, Sangli, Satara, that are associated with Maratha history. Today, the region is the most prosperous due to its agricultural production, large manufacturing base and a growing services industry. 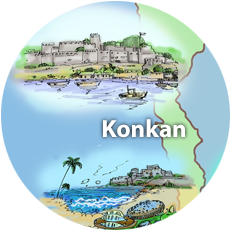 Konkan is the coastal belt of Maharastra , which is narrow strip of land between the Western Ghats and the Arabian Sea. Stretching from Gujarat border to Goa, the Konkan Coast is known for its rich vegetation, exquisite beaches, delicious food, palm and coconut trees. Native residents of the Konkan region speak the Konkani language or Konkan Marathi, which is a dialect. After the Maratha dynasty lost its hegemony, the Konkani Brahmins inherited the region and expanded their hold to the adjoining parts of India. Fisheries and agriculture were the main occupation, until the British established various manufacturing industries in and around Mumbai. Today, Mumbai dominates the Konkan region, but other districts such as Thane, Raigad, Ratnagiri, Sindhudurg are slowly making their presence felt due to industries and tourism.

Differences in Regions of Maharashtra