Margazhi – The Season of Melodies

A steaming cup of coffee, the Open Page of ‘The Hindu’, the ragas Kapi and Malaya Marutham sung on the radios and televisions early in the morning is all that is needed to pull music fans out of their warm cozy blankets in the cold month of December in South India. The recitals of Slokas, Harikatha, dance, and music bring together the world for music maestros, budding artists, gurus, students and aficionados to Chennai, the Carnatic classical music capital of India, making the month so lovable and treasured. 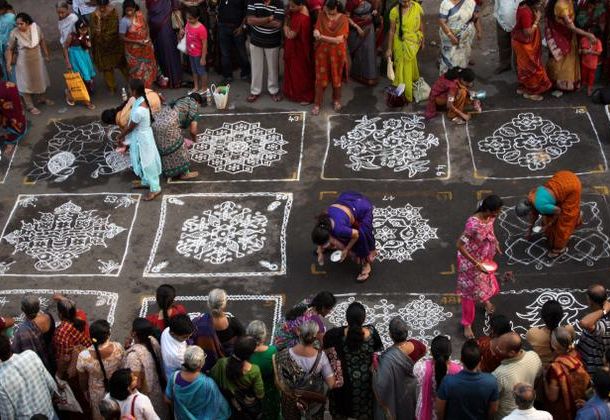 Margazhi (Margashira in Sanskrit) is the most auspicious month in the Tamil calendar, which begins mid-December. Hindu mythology states that Lord Krishna described himself to be the month of Margazhi in Bhagavad Gita. It is this month when Andal (one among the 12 Alvar saints) wrote Tiruppavai, containing 30 verses (one verse for each day) in which she describes herself as a Gopika and her devotion to Krishna. This is an auspicious month when you find Kolams (Rangoli) in every household much before the sunrise, along with the chanting of Tirupavvai and Tiruvanbavvai (the holy verses).

Way back in the 1920s, the Madras Music Academy started conducting small Kutcheris (concerts) in the Tamil month of Panguni (March/April), which was later shifted to the Margazhi month (December/January), since the pleasant weather conditions attracted local crowds as well as tourists. This small set of Kutcheris grew to become a massive music carnival and the shift only made the month more special for the people of Tamil Nadu and the rest of South India. Today, the Margazhi music season brings together prominent performers in small Kutcheris throughout the month to encourage music appreciation among people for this traditional art form of our country. 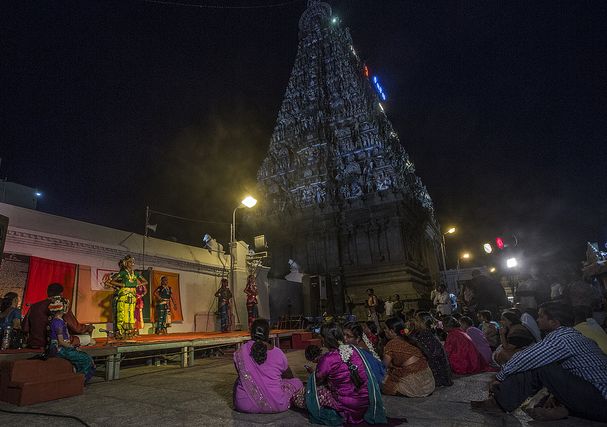 Gone are the days when people used to run to the nearest temples or shops with radios to listen to legends sing. Today, people throng the Sabhas (music organisations) to get a free concert ticket. We can find little girls in the traditional attire Pavadai with two plaits and little boys in Veshti running behind their parents, and eagerly waiting for their turn to sing in the tiny time slot their gurus would have grabbed to showcase disciples’ talent. You will also find senior students trying to listen carefully and find out as many ragas as they can while an artist is singing or playing.

This music season does not end there, but is just a start to the upcoming Tyagaraja Aradhana and the Carnatic music competitions for vocalists and instrumentalists. Many budding artists come up with such heart throbbing raga alapanas that make even the professional singers exclaim shabhash! These competitions have now travelled as far as Sydney and London to provide the same exposure for the music students there.

Today, when we see all kinds of western music influences like pop, jazz, hip-hop, rock in India, a question arises… Will the traditional art forms like Hindustani and Carnatic classical music become contemporary? 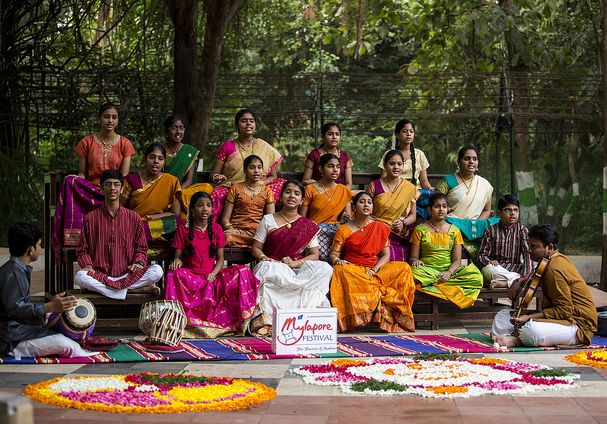 It does take enormous time and practice to learn Carnatic music. Years of learning, listening and practice later, a teacher can present his/her student to the world. Today, when we see teenagers performing outstandingly on stage, it is a sight of pride. This gives us the confidence that whatever be the new trend of music, these art-forms would never die but only makes themselves more adaptable.

Fusion music, Jugalbandis and symphony are now peeping into concert halls. It is also a common sight to see many science loving students take up research on Carnatic music – the Talam formation (time beat), Katapayadi Sutram (that systemizes 72 Melakartha ragas), Shurthi, and every possible aspect of this form. Theme-based concerts, lectures, paper presentations on research done on the various aspects of Carnatic music are all the new trends, which are expected to be part of this festival this year. 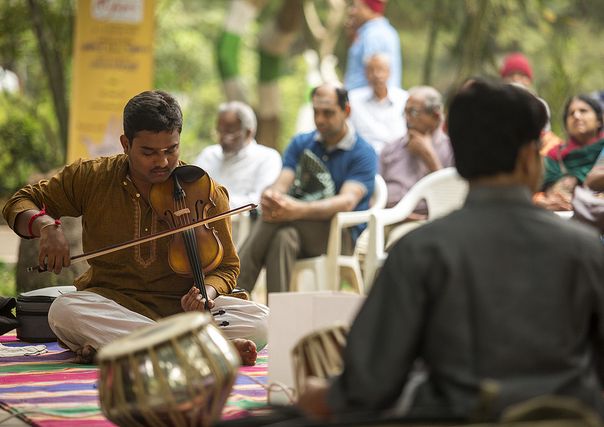 Even as I begin to learn music, I see myself being a better listener. I am mesmerised when an artist performs on stage! I see myself trying to understand and enjoy the raga bhava, the minute sangathis – though I may not get it now; I continue listening, hoping to get it someday. I see myself discussing music with friends whom I met during these concert sessions.

So here is Margazhi, a carnival of Carnatic music coming again in a bigger form – with the help of media and music institutes. Here is the time to enjoy the snack break with old friend with coffee and vada and furiously debate on which song is more apt to be titled ‘song of the day’! Here is a time to look at the performers with awe and celebrate the growth of this classical form and see it become contemporary!