“Sanskari sabko hona chahiye. Sanskari hona galat baat nahi hai.”
…And with this very sentence, the baton of ‘sanskar’ has been passed on to Pahlaj Nihalani, the new head of Central Board of Film Certification (CBFC), to keep up with the sanskari times! 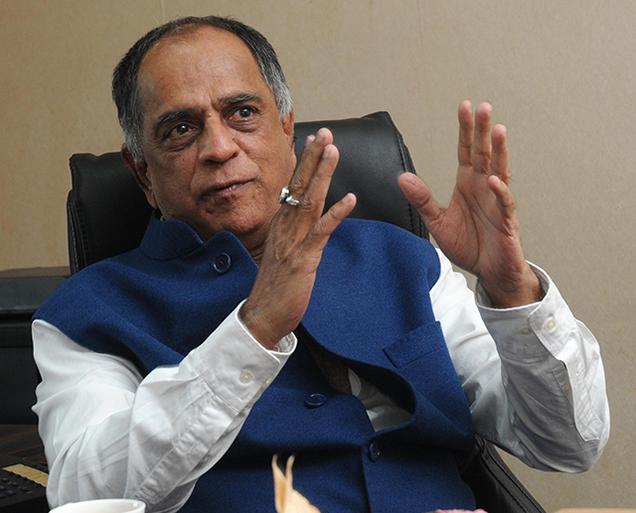 A sanskari torch that was held by none other than Bollywood’s favourite Babuji, Alok Nath, will now be associated with Nihalani’s ‘custodian’ act. Sorry James Bond, for you may have a license to kill but not to ‘kiss!’
To update you, the Censor Board of India headed by Pahlaj Nihalani, has cut short the length of the kissing scenes in James Bond’s latest instalment, ‘Spectre’, calling it too ‘excessive’ and not adhering to the guidelines. Interestingly, the censor board chief has not even watched the movie! And what’s more? He has no qualms about it! Too much Sanskar?

This is not the first time when our censor board has raised a stink over a film. In the past, Nihalani banned ‘Fifty Shades of Grey’, and ‘the Battle for Benaras’, a documentary that covered the heated contest between Arvind Kejriwal and Narendra Modi during the 2014 general elections in Varanasi. Other films like ‘Masaan’ and ‘Margarita with a Straw’ also had to go through its hawk-eyed scrutiny.

Besides banning curse words, Pahlaj has also beeped words like ‘lesbian’ and raised an eyebrow over the use of the word ‘Bombay’ instead of Mumbai in films. However, what stunned the country was his decision to censor the word ‘rakhail’ (mistress) from the movie ‘Prem Ratan Dhan Payo’, a film by Suraj Barjatya, whose movies are the epitome of Sanskar!

But does Pahlaj Nihalani practice what he preaches?

In 1982, Pahlaj Nihalani produced his first movie ‘Hathkadi’. His other films Mitti aur Sona, Aankhen, and Shola aur Shabnam were huge commercial successes, but failed to bag any award. And then in 1994 came the movie ‘Andaz’, starring Anil Kapoor, Juhi Chawla and Karisma Kapoor that threw Pahlaj in a storm of controversy. The soundtrack of the movie is still talked about for its double meaning lyrics and picturisation. Sample line: “Khada hai, khada hai, le lo le lo mera and Mein maal gaadi mujhe dhakka laga”.

Whenever asked about such sleazy numbers, Pahlaj shakes his head in denial and says it was not meant to be shot that way. Well, of course, he did not mean that way! It is all in our mind, right? Probably we got it wrong when the camera zoomed on Anil Kapoor’s crotch area, while the song in the background went “Khada hai”! Fortunately, Pahlaj did us a favour by deleting the song from the movie before it reached the theatres. Similarly, the lip-lock between Sunny Deol and Archana Puran Singh by the swimming pool in the movie ‘Aag Ka Gola’. Very Sanskari now? 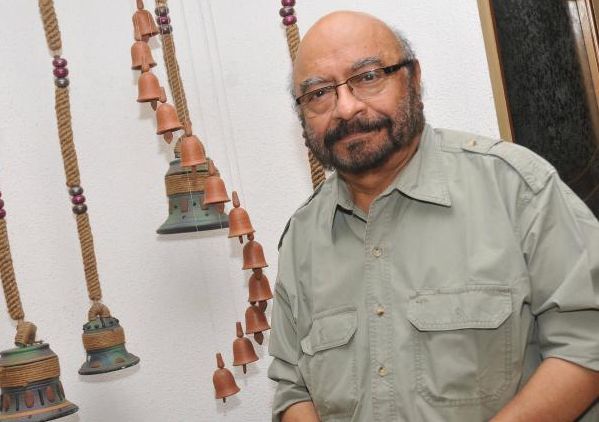 On the contrary, we have Pahlaj’s older brother Govind Nihalani— a Padma Shri recipient — a pioneer of Indian parallel cinema, who has a history of producing cult classics. Unlike his brother, Govind, an auteur film director, producer, screenwriter, and cinematographer, is not so famous at the box office. However, his films have always made an attempt to uncover the profound hypocritical extremes, thus setting a paradigm.

Govind’s film ‘Party’ is one such example. Released in 1984, the film is a satire aimed at those urban elites who pretend to have an interest in art, however, fail to show any sympathy towards the society. Based on a play by Indian playwright Mahesh Elkunchwar, the film became the official entry to the 32nd International Film Festival of India.
Meanwhile, Govind’s other films Junoon, Aakrosh, Ardh Satya, Drishti, and Hazaar Chaurasi Ki Maa have helped him clinch various national film awards. He has also received the Nargis Dutt Award for Best Feature Film on National Integration for the movie Tamas, which was set in the backdrop of riot-stricken Pakistan at the time of partition.

Meanwhile, in 1996, Govind’s script for Drohkaal was remade in Tamil as Kuruthipunal by Kamal Hassan, which eventually became India’s official entry to the Oscars under the Foreign Language category. His last movie Dev was released in 2004, after which he did not direct any film for the next 10 years. However, after taking a long break, he did a come back in 2014 with an animated film for kids, Kamlu Happy Happy, which talks about a baby camel who dreams of flying.

While nothing much has been said or written about Govind’s political connections, Pahlaj has clearly displayed his political affiliation on numerous occasions. During the general elections in 2014, Pahlaj produced a campaign video called, “Har Har Modi, Ghar Ghar Modi”, thus making his stand clear.

He recently made a video, ‘Mera Desh Hai Mahaan’ that showed PM Narendra Modi meditating atop a mountain, and was played in theatres during the interval of Prem Ratan Dhan Paayo. While some called it a spoof, others criticised the video for using various visuals of foreign countries to show how great India is. In his defence, Pahlaj said that “Images of developed countries have been used to show visions of Modi’s new India”. He also went on to say: “If this is chamchagiri (sycophancy), then I am proud of it”!