Is there Ideology in Indian politics? 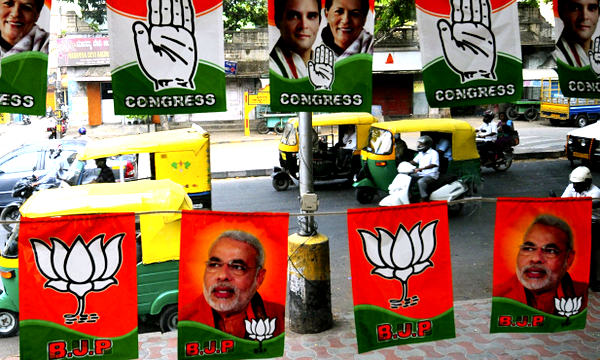 The great Indian election tamasha has been rolled out in all its glory. This time, voters are expected to be extremely polarised in their party preferences. Typically, we voters are supposed to select candidates based on their work in our constituency and the political party based on their ideology. This I assume is the clearest demarcation we can draw in theory. However, reality isn’t that simple, is it?! The party with the right ideology has a corrupt candidate or vice versa. Wait a moment, where does ideology come into the picture? We have always been voting based on the caste or religion of the candidate, right?

Surprisingly, Ideology in politics is as old as Indian politics itself. Nallasivan V states politicians have always used ideology to represent a collective identity of a group, utilising this identity as a sort of solidarity among party followers. When the allegiance of such ‘vote banks’ is threatened, they create a sense of social or economic insecurity among their followers. Such disruptive strategies have caused communal, lingual or ethnic riots in the past. One such example is Shiv Sena’s ideology of “Maharashtra for Maharashtrians” or Telangana Rashtra Samithi fighting for the formation of Telangana state in Andhra Pradesh.

There are many intellectuals who believe ideology has been dead long ago in Indian politics. S. Prasannarajan says that the recent fierce debate on allowing FDI in retail sector set off the most regressive ideological configurations in Indian politics. Both the left wing politicians from the CPI, CPM, etc and the right wingers from the BJP were up in arms to protest against foreign imperialism! Both type of parties campaign on various social issues affecting the common man. So are they both ideologically compatible now?

When we classify various prevailing ideologies, we realise that ideology is not dead, but thriving in our country. The terms ‘left’ and ‘right’ were created during the French Revolution of 1789 when members of the National Assembly were divided into supporters of the king to the president’s right and supporters of the revolution to his left. The left wingers are typically opposed to free market capitalism, imperialism, secularism, and adopt a socially liberal stance.

The right wingers are typically opposed to communism, state intervention in markets, and adopt a conservative in social and religious issues. In the 20th century, there emerged a new political ideology known as ‘centre’ or ‘liberal’. The centrists adopt a liberal ideology where neither the market nor the government is considered as supreme.

The following table depicts the ideological difference of the left, centre and right wing politics:

So looking at the table, do you feel there is no Ideology in Indian politics? Which Indian political party’s ideology appeals to you? Are you voting based on ideology this time? Whichever party you choose to vote, do remember that there is always a possibility of compromise in ideology. Your favoured party may change sides based on opportunity to grab power!