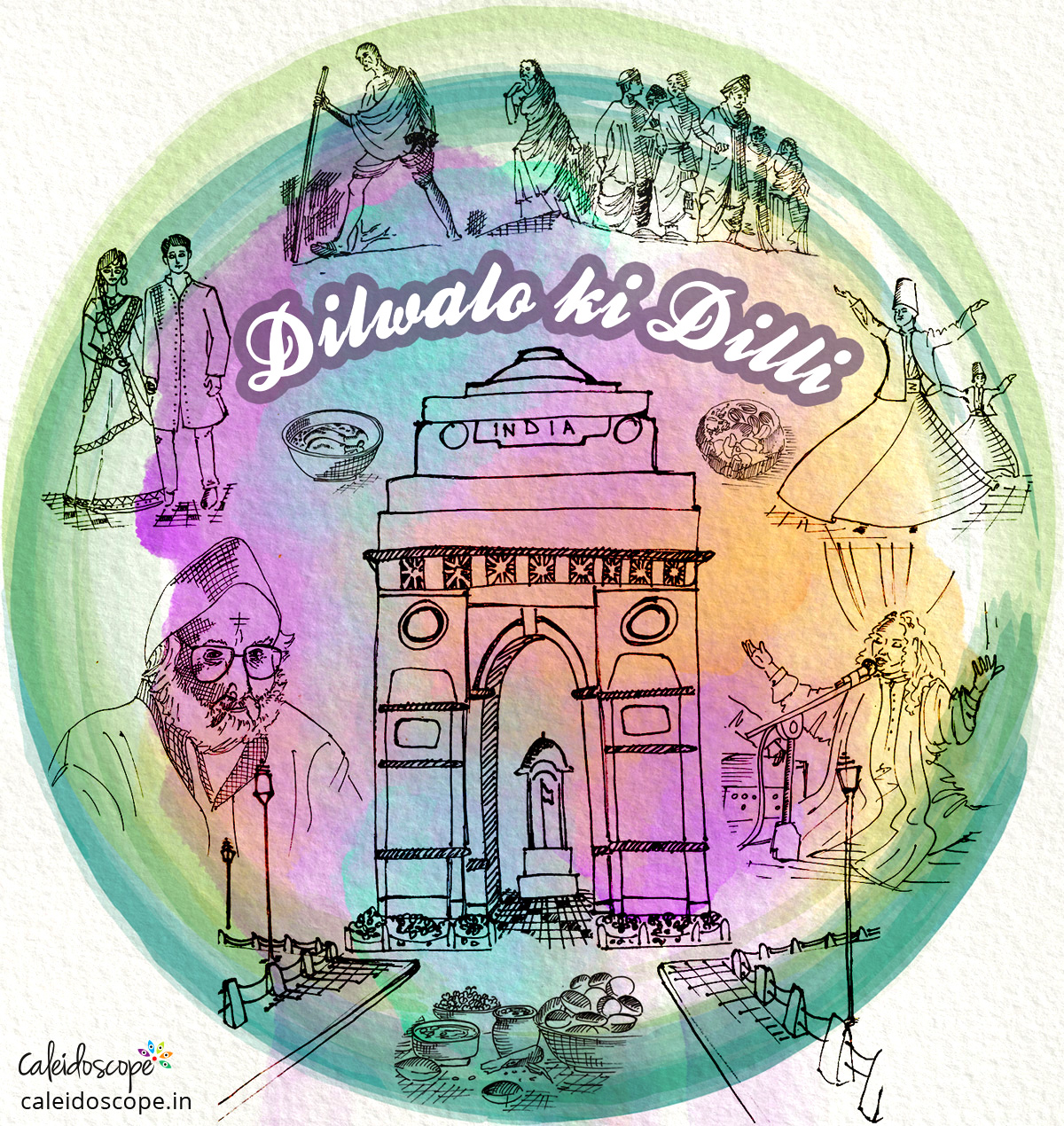 True to his lines, Mohammad Ibrahim ‘Zauq’, poet laureate at the Mughal Emperor’s court, spent his entire lifetime in this city. Thus, it wouldn’t be wrong to say that Delhi, since time immemorial, has never failed to leave a mark on the hearts of the people, especially due to its cultural heritage.

‘Dilwalo ki dilli’ is how Delhi was and is still known. Delhi’s culture is not an outcome of one ruler or one dynasty, but centuries of rich amalgamation of people, their beliefs, their values, their traditions etc. Innumerable invaders, rulers and even flâneurs shaped the very fabric of the city’s culture we see today. No one, not even the looters, could strip the city of its glory; instead they enriched the history and made the city even more special.

Today, even after so many centuries, Delhi’s relationship with music, dance, theatre, literature and lifestyles has not only evolved but also flourished ever more so. Being the capital city, hundreds of cultural programs happen everyday in some part of the city or the other. Book reviews, dance festivals, music concerts, folk art fairs, trade expos, grub fests; there is so much life in Delhi and so little time in our hands to explore it.

The capital city is also known for its sprightly nature and so at festivals and celebrations, the city is like a dream. The vision from the aircraft on a Diwali day could give a glimpse of the city in all its fineries ready for the ball on a festival night. In short, Delhi proves itself to be a microcosm of the culture of India and thus, undoubtedly, the capital of the country.

Explore More About Culture & Places to Visit in Delhi