We all have fond memories of our college days. Particularly we remember the long trips along with all our college friends. But if the trip is an adventurous trek and competition as well, then the joy is doubled. I happened to participate in such a trek last year, whose memories are vividly stored in my mind. 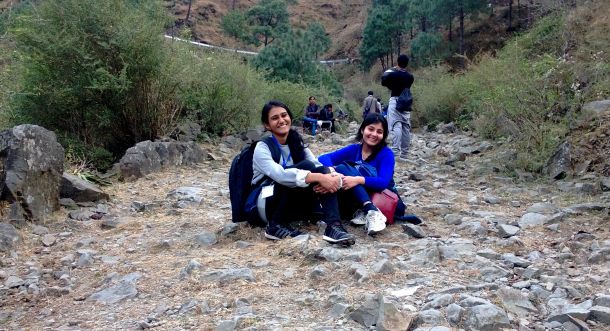 Every year since 1995, the National Adventure Club in Chandigarh organizes the National Adventure Festival, an all India festival to promote adventure sports among the youth. As part of this event, my educational institution, Gautam Buddha University conducted a trial and selected 20 students to participate in the adventure festival. My friend, Gauri and I secured top positions, and hence were guaranteed a spot among those 20 students. After months of persuading, our parents finally allowed us to participate in the festival and we along with two of our college professors set off on our expedition.

From Greater Noida, it took us about 6 hours to arrive at the base camp in Sector 18 in Chandigarh, where the festival was being held. Despite the tiring bus journey, our group was eager to explore Chandigarh, which is a uniquely planned city that is divided into various sectors. We proceeded to the main market of Chandigarh located in Sector 17, which was beautifully lit up. We came across a wonderful bakery store that had some exceptionally delicious yet inexpensive items. After shopping for an hour, we returned to our base camp, where 5 students were asked to share one room. Gauri and I had to sleep on the floor, but we fell asleep soon enough, reminding ourselves that this is all an adventure!

We began our journey toward Kasauli Hills, from where our trekking expedition began. All the participants in the festival had to trek nearly 3 kilometres up the rocky Kasauli Hills and it was much more exhausting than we had assumed. It was a sight worth watching with over 300 people from all over India strenuously climbing up the hill. Initially our college team, Gauri, Satyendra and I were ahead of the others, but gradually we fell behind.

In order to make this adventure less exhausting, the three of us sat down after every 20 minutes and took tons of photographs. We were relieved to see street food stalls set up after two and half hours of trekking, and all three of us collapsed to devour some burgers, samosa and gulab-jamun. Our journey ended soon as we exhaustedly got into our respective buses and set off back to the base camp.

The next day, our college team were allotted package number 4, which covered Kullu and Manali. We set on a 10-hour journey to reach Manali, crossing the beautiful valleys of Kullu. We reached Manali late at night in the midst of chilling cold. We dragged our suitcases through the dimly lit snowy roads to the place we would be staying at: Atal Bihari Vajpayee Institute of Mountaineering & Allied Sports. This is a reputed institute for mountaineering training in the Himalayas, but it had basic facilities, where we had to spend the night in a cold dormitory with our fellow participants. 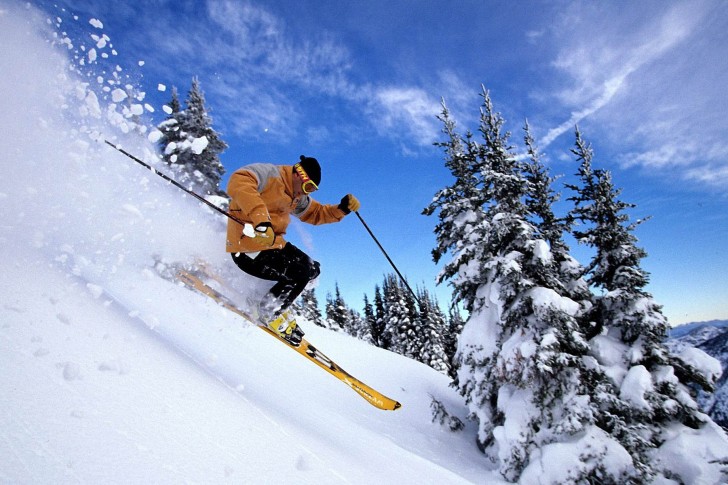 Early morning, we set off for Solang Valley from Manali. The journey was difficult due to the immense snow everywhere; the SUV we were travelling in kept slipping off track and scaring us to death! Solang Valley is literally a winter wonderland, offering all sorts of adventure activities including skiing, trekking, and parasailing. The beauty of the valley mesmerized us. While we were eager to explore, the sun set quite early at 5pm, forcing us to retire in the sole accommodation nearby, a dark and dingy co-ed hostel. 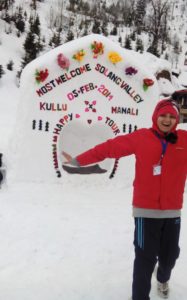 It was quite exhausting to carry the heavy skiing equipment up the hill, while wearing ski boots. Once on top of the hill, we were instructed on how to ski down a simple slope and brake. It took some time for us, but eventually everyone began skiing slowly downhill with great glee. It was an exhilarating sensation to ski downhill letting the cold breeze brush against your face, and then to slowly stop and fall into the dense snow. The hardest part was carrying the skis back up the hill, but the ecstatic moment of skiing made it all worth-while.

Today, we were scheduled to return to Manali, however due to incessant snowfall, there was no way to depart from Solang. The stay was becoming tiresome. We hadn’t bathed in the last 4 days, the power was out and it was too bone-chilling cold. Suddenly, too much adventure was becoming sickening. We decided to go out exploring at night and trekked downhill in the dark to small shelters, which were apparently small restaurants, lit up by just a single bulb. We ate the local cuisine of Solang: Thupka, a type of soupy noodles. It tasted OK, but we slurped it in as it was warm, and we were hungry!

It was a 17-kilometre trek from Solang to Manali, which we trekked in socks covered with polythene bags to protect our feet from dampness. It was an amazing feeling, to walk so far in a single file with snow reaching up to our waist. Gauri didn’t have proper trekking shoes and kept slipping on the snow. But eventually, after a long and bumpy journey, we reached Manali. 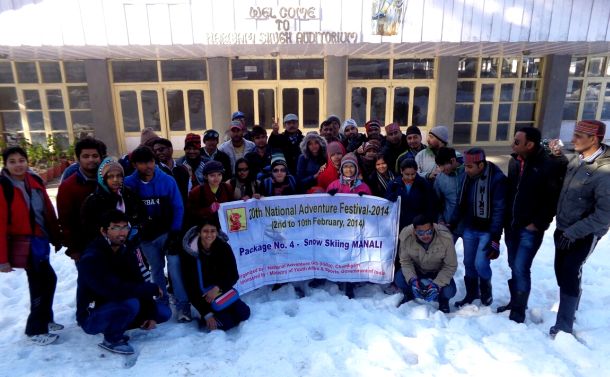 Day 8, Back to College

Finally, after the prize distribution ceremony, all of us 20 students returned back to our college with cherished memories of our exhilarating trip of the National Adventure Festival, which was truly an amazing adventure filled trip for all.
Image – Skiing in Narkanda | Courtesy: yoyowall.com
Factfile –
http://nacindia.in/?page_id=24
http://www.adventurehimalaya.org/