It is said coffee culture is growing in India these days. Is it true? Surprisingly, if we flip the pages of history, we realise that there is a history to coffee culture in India that many of us are unaware. Indian Coffee has had an international journey and has political colours to it as well!

Middle East –> India –> Italy –> Europe –> Indonesia -> America
The coffee plant is evergreen and grows at high altitudes in places close to the equator as it hates frost. It bears berries that are green in colour, which slowly turn crimson when ripe. The seeds inside these berries are the coffee beans we know. Coffee was first discovered in the Middle East. There are various myths on its discovery but the most popular one is the 9th century discovery by the Ethiopian shepherd Kaldi whose goat ate the berries and became energetic and started prancing around. This raised the shepherd curiosity, who felt a rush when he consumed the seeds.

Coffee drinking slowly became popular in the Middle East where it was mainly used for spiritual purposes. Dervishes (Sufi Muslim saint) used to drink the black potion to help them reach religious ecstasy. These Sufi saints used to drink pounded, boiled coffee during spiritual gatherings and the humble café’s in Arabia in early 16th century. 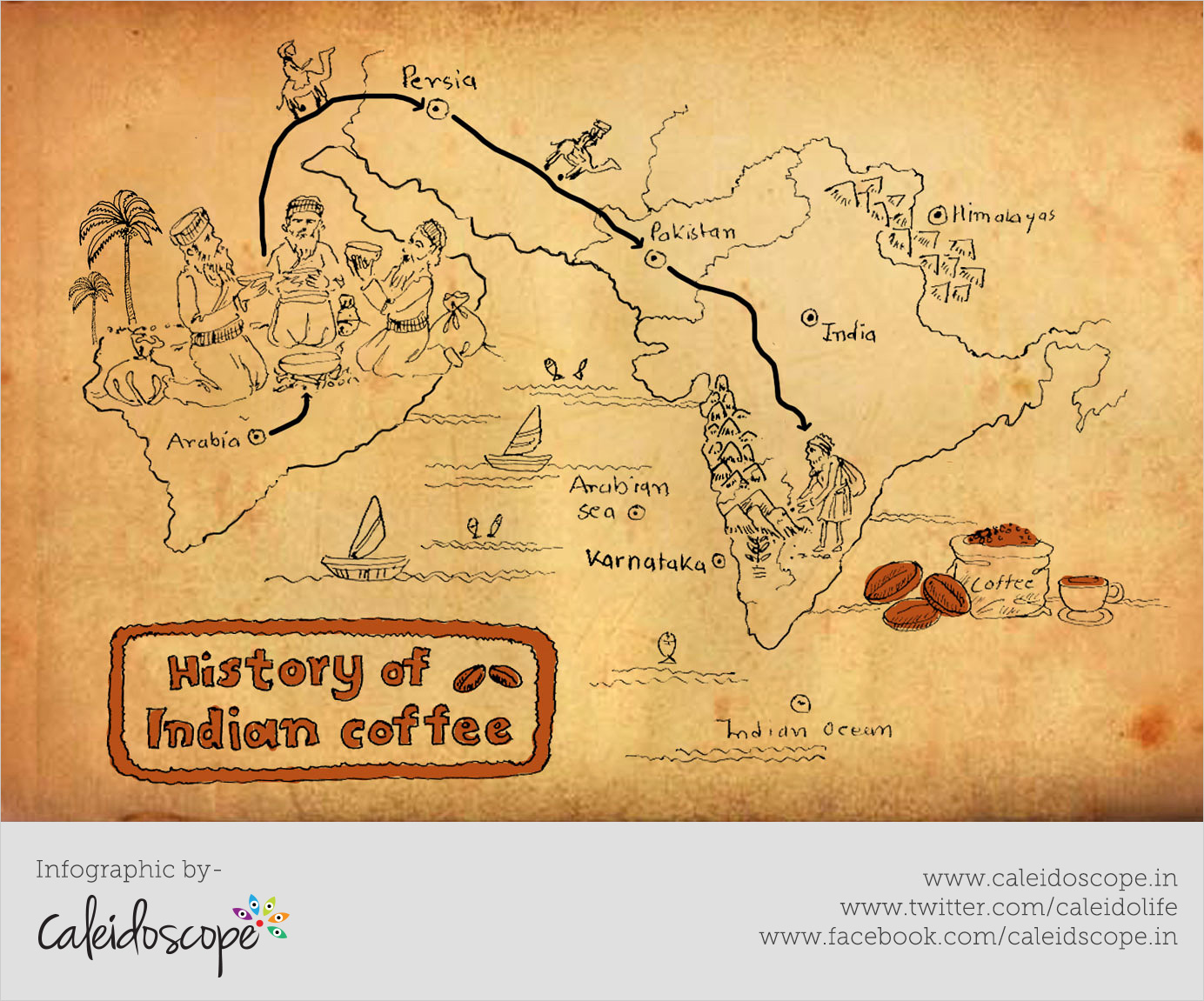 The world did not know much about coffee then. Arabian traders exported coffee only in a roasted/salted format so that they do not germinate anywhere else. An Indian Sufi saint named Baba Budan, went to Mecca for pilgrimage and was fascinated by this dark drink he saw in Mocha, Yemen. He tied a few beans to his belly with a cloth and smuggled the beans out of Arabia. Legend has it that Baba Budan planted seven saplings in South India in 1670 where they grew to become coffee plantations on Baba Budangiri hills in Chickmagalur.

From the Middle East, coffee also went to Europe where it became fairly popular though with some opposition as it was termed a Muslim drink. Only after the Boston Tea Party in and the war in America in the 18th century when tea was scarcely available in America that coffee took over and then never looked back. The global coffee consumption over the years rose to reach 7,358,897 metric tons in 2008. To reach to such crazy volumes, there has to be something in it that drives people to drink it.

Cafe culture in Europe, especially Italy and Austria has been associated with socializing with people. Daily workers used to gather in the morning at the coffee bar. Talk to friends, read the newspaper and drink a shot of espresso to start the day. That’s where the culture of Starbucks originated from and now is used world over by many of the cafes we know. From the spiritual gatherings of Sufi saints coffee moved onto social gatherings in humble Café’s in Europe during the 17th -18th centuries. There were cases like in the Ottoman Empire where coffee was banned solely for the reason that people gathered at cafes and hatched rebellious plans against the ruler. The association of coffee with social gatherings and meeting people is strong, which is a prime reason for people to drink coffee. 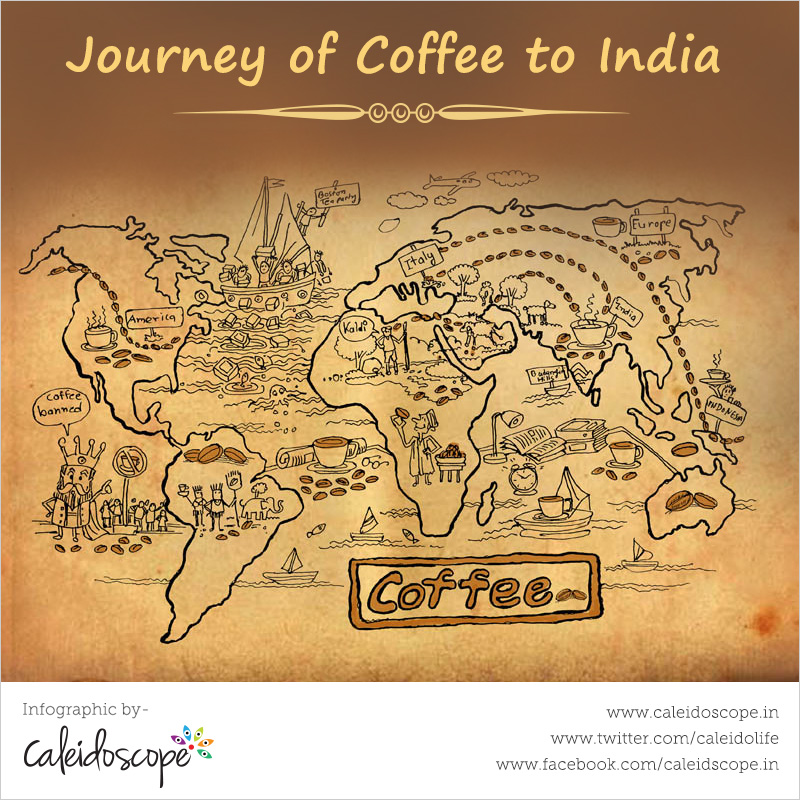 While the spread of coffee culture was confined to small pockets in South India, its wider acceptance happened after the Coffee Board of India was established in 1942. All major cities had an Indian Coffee House were intellectuals of all kind converged. However, the modern phenomenon of Starbucks cafe culture begun only in 1996 the first Cafe Coffee Day outlet was set up in Bangalore. It catered to the youth as a place to hang out and surf the internet, rather than as a coffee connoisseur’s place.

Meanwhile, Bangalore is set to host the fifth edition of India International Coffee Festival, the flagship event of the Indian coffee sector, from January 21-25, 2014. Do check out this event, which the Coffee Board of India has organised to showcase India as an emerging global coffee destination.