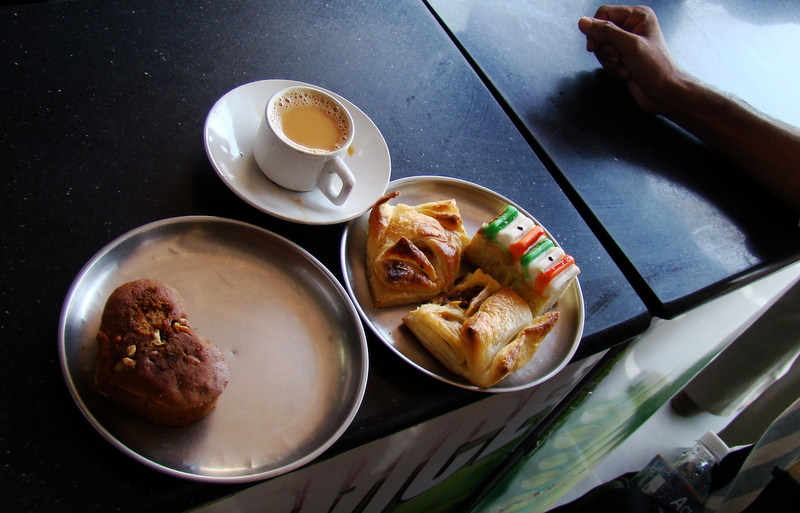 Who says men don’t gossip? Come to the little streetside coffee and tea shops scattered across India. As the dawn breaks, they lie in wait on the benches outside. They read newspapers, drink tea, eat vada or bhajji, complain about everything under the sun, drink tea again, smoke for a bit, munch on biscuits, gossip about various topics, occasionally engage in a squabble, drink tea again and then leave as the sun sets.

Be it a metro city or a small town, the quintessential tea shop is found on nearly every street and a couple of regulars for each shop. It is not just the bored jobless men who frequent them, but also the men who work in corporate firms who like enjoy their cigarette break.

The tea shop in my housing colony is a busy hub. The venerable owner, Mr. Ramaswamy, is the most well informed person. He is the hearty ‘grandpa’ whom all children like. He always has a tin of biscuits ready for them. He is great with advice. He can converse with everyone – children, housewives, daily wagers, office goers, everyone. He discusses cricket matches with boys, analyses the characters in the TV serials with middle-aged women, politics with the older men and what not. His non-earning customers maintain a tab and drink tea without immediately worrying about the money, though it is not much. 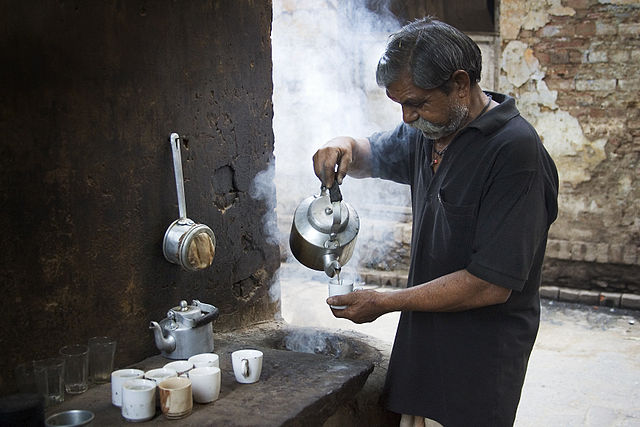 There is just something about that tea which is indescribably delicious. The steaming milk in the boilers, the wafting smell of cardamom, the ground ginger and pepper and the flavour of tea just invites one to indulge in a cup. We operate under the theory that he uses a secret ingredient to make his tea special. He is mum on that subject but an involuntary twinkle lights up his eye. My curious eye tried to find out the secret, but his magician hands created an illusion so fast that I just couldn’t spot the mysterious element. Maybe there is one, maybe there isn’t. This could give Schrodinger’s cat a run for its money!

The hill stations are popular for their tea. In the misty climate, tourists stop often to refresh themselves with a hot beverage. Tea in its multiple avatars is worshipped here. Lemon tea, ginger tea, cardamom tea, mint tea, chamomile tea, chocolate tea, cinnamon tea and fusion of these are available. 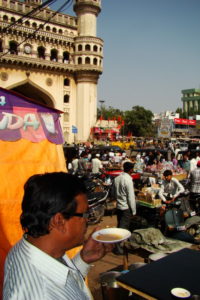 The tea drinkers of India aren’t as fancy as the coffee sippers. While the tea shops operate within tight space and open air, the coffee shops put out a nice spread. There are Espressos and Lattes, Cappuccinos and Mocha, along with South India’s proud possession – Kaapi. This filter coffee decoction is sold at all fast food joints and dining halls in southern states of India.

Although not a great fan of coffee, I never miss the Kumbhakonam degree coffee – a high quality coffee served in Tamil Nadu. The rich flavour of coffee is unadulterated by chicory or any artificial ingredients. Further, pure cow’s milk is used in the preparation.

In contrast, the Café Coffee Days, Starbucks and Baristas are all about pretention and class. The Indian Coffee House and Kaapi Cheenu are ideal places for delicious and inexpensive coffee and tasty snacks. There is a little shop called Idli Vilas in Chennai, which opens at dawn and caters to early risers like joggers, workers and people who forgot to purchase vegetables the previous night!

I guess other cities in India have equivalent shops. For the students with minimum pocket money in their wallets, these eateries are life savers. It is a place to hang out for hours and eat sumptuously without creating a dent in our meagre savings.

People often raise questions about the hygiene element in these streetside shops. To that I would say, “Get accustomed to India and develop a stronger immune system!” Even the fine dining restaurants that are posh on the outside often maintain their kitchens poorly. You might get sick once, twice and then your stomach strengthens. Enjoy the street life of India!!