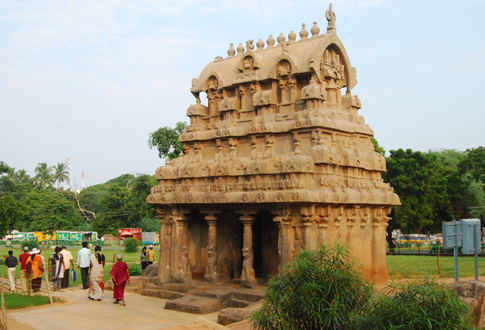 I happened to visit Mahabalipuram recently and was fascinated not only by the architectural beauty but also by the good work done in waste management generated by tourist activities. The solid waste management practice done here is commendable, which I feel should be replicated by other tourist towns.

Mahabalipuram (Mamallapuram) is a famous tourist spot in South India renowned for its great temples built in the Pallava dynasty era. This ancient city is now a tiny fishing town which lays 60kms south of Chennai. Typical of any tourist town close to a large city, Mahabalipuram suffered from surge of both Indian and foreign tourist who came in droves and left heaps of garbage behind. The town has a population of just around 12,000-15,000 people, but the floating population of both vendors and tourists is much larger. A steady flow of tourists brought in tons of garbage and water pollution.

In order to alleviate this problem, a local NGO named ‘Hand in Hand’ took up solid waste management initiative. This NGO made efforts to collect the solid organic waste and convert it into compost, which forms the core component of the town’s waste management system. The town was divided into 15 blocks consisting of 1,500 houses and the waste was collected from the houses and commercial establishments. The amount of waste generated was about 8 tons, of which 3 tons was food waste obtained from the nearby hotels. The collected waste was treated by the cost effective technique – Vermicomposting. The solid waste yard had a platform for separating the waste. 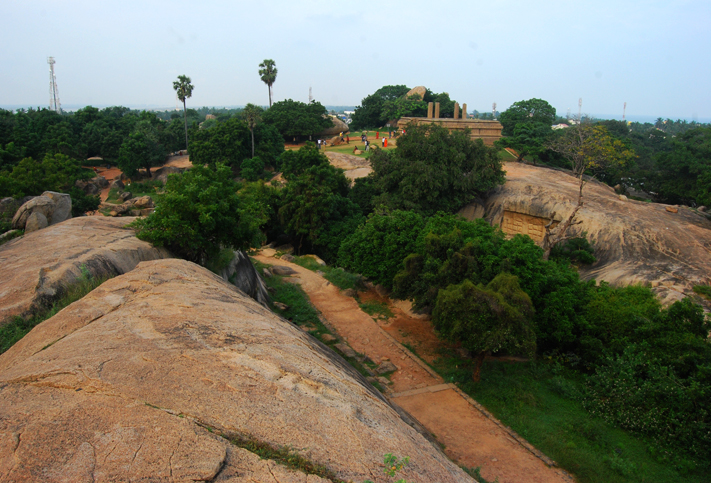 The large vermicomposting activity in Mahabalipuram was undertaken under the tourist development plan in 2005-06 at an estimated cost of about Rs.6 lakhs. The waste organic matter was pre-processed and then fed into the vermin composting bed. Vermibed (vermes – earthworms) is the actual layer of good moist loamy soil placed at the bottom, about 15 to 20cm thick above a thin layer (5cm) of broken bricks and coarse sand.

Around 100 earthworms are introduced into a compost pit of about 2m x 1m x 0.75m, with a vermibed of about 15 to 20 cm thick. The vermibed is always kept moist. Lumps of fresh cattle dung are then placed at random over the vermibed. After the first 30 days, wet organic food and farm waste pre-digested is spread over it to a thickness of about 5cm. This is regularly repeated twice a week. The entire organic waste is turned over and mixed periodically with a spade. Care is taken not to disturb the vermibed in which the worms live. The garbage is added at regular intervals until the compost pit is nearly full. Vermicompost is then harvested from the pit, which is then sieved before being packed. The earthworms and the thicker material, which remains on top of the sieve, go back in the pit and the process starts again.

Apart from Vermicomposting, Hand in Hand Mahabalipuram has joined hands with another NGO Vivekananda Kendra from Kanyakumari to set up a large Bio-methanation plant from their Natural resources development project. Vivekananda Kendra has built expertise by doing research for the last 10 years and has developed low volume bio-methanation plants that are suitable for both urban and rural households. Now the Mahabalipuram village panchayat generates about 10 Kilowatts of electricity generated from 3 tons of organic kitchen waste obtained from the hotels. The panchayat has become eligible for government subsidies as well. They are converting the plastic carry bags into small pellets using pelletizer, which adds up to the resale value of the recycled plastic.

The solid waste management at Mahabalipuram has proven to be a great example to other tourist towns to replicate. Thetechnique is simple and cost effective. Many of us have a mindset that eco-friendly initiatives need a lot of funds and human resources. The example set by the town of Mahabalipuram not only an eye-opener for all urban cities which lament about garbage disposal.