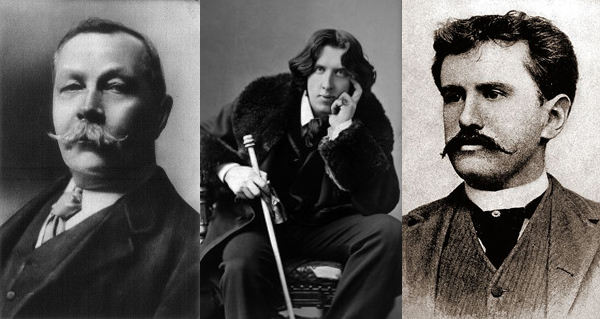 The last time, we reminisced about the most famous Short Story writers in India like Rabindranath Tagore, Ruskin Bond and R.K. Narayan, who had penned down beautiful tales that still remain in our hearts. But, there are several other great short story writers from across the world, without whom the list is incomplete. Together they present a cornucopia of wit, intelligence, dry humour and poignancy. The greatness of their writings lies the fact that they present the crux of life within a few pages and in a delightful manner. Like I mentioned, my grandfather introduced me to classics quite early. My teacher in 4th standard brought the classes to life with her charming story-telling skills. Getting into the habit of reading books should be inherited or cultivated. Fortunately, I had both.

Creator of the world’s best detective, Doyle occupies the all-time favourite writer in my list accompanied by R K Narayan. When everybody raved about the sit-com Sherlock, I was probably one among the few who couldn’t appreciate it. The characters, plots, twists and the brilliance of Doyle’s Holmes are simply inimitable. Irene Adler was also not ideally portrayed in the movie and television versions.

I have often speculated on Doyle’s intelligence. If his creation was that great, then imagine the mind of the creator. Holmes was that popular with the readers including the Queen. When Doyle, frustrated with Holmes, killed him in The Final Problem, the readers protested vociferously. Holmes was resurrected and lived for many more adventures. He is well remembered and admired for is condescending arrogance, his superior intellect, his acknowledgement of the greatness of his peers, his generosity to the poor and his long-standing friendship with Dr Watson. What we found excellent was ‘elementary’ for him.

Another famous author in school textbooks, we would all have read the story of the Happy Prince and the Canterville Ghost. The themes of religion and melancholy recur in his works. Subtle humour is also prevalent. Wilde created a concoction of satire, horror and morals through his stories. The beautiful friendship of a royal statue and a small swallow followed by the disregard for their generosity and efforts was met with stunned silence in the 4th standard classroom.

A victim of imperialism, Wilde was punished for his homosexuality. The father of his lover strongly opposed the relationship. This caused Wilde to create characters who were mostly orphans. Wilde believed that parents oppressed their children and stifled them by imposing their opinions on them.

William Sydney Porter, known by his pen name O Henry, was an American writer. He was famous for his short stories which had a surprising twist in the end. As a 20th century writer, his works reflected that era. Focusing on the lives of simple people, he brought to life the ordinary incidents with an unexpected style.

He attempted most genres- comedy, adventure, melancholy and poignancy. He was one of my grandfather’s favourite writers. It was at his insistence that I picked up the short stories collection. But on a general poll, he seems to be an under-appreciated writer. Most people don’t like or get this twists.

The Last Leaf was a very moving story of a failed painter who creates a masterpiece which instills hope in a dying woman. Ironically his effort leads to his death. Greatness comes with a heavy price often and it’s never too late to accomplish it.

R K Narayan is considered the Indian Chekov due to the similarities in their writing styles. They possessed the ability to fuse humour, simplicity and melancholy in a unique manner. The tragedy in his life in the form of his brother’s death and suicides of his friends affected him deeply. He developed the technique of zero-endings or anticlimactic endings. He adopted a slightly cynical attitude towards love and marriage and pivoted around the flaws of human nature.

The Lottery Ticket was a brilliant example of how money is a powerfully evil influence. As children, money did not take center stage in our lives as it does now. It’s a lesson in context, for all of us when we put money over people especially family and friends.

There’s a reason these authors and their works are considered classics. Though the short stories are prescribed for school children, there is an apparent significance of those in life. The subtle messages about the basic values we are thought are often reiterated in a unique and pertinent way.