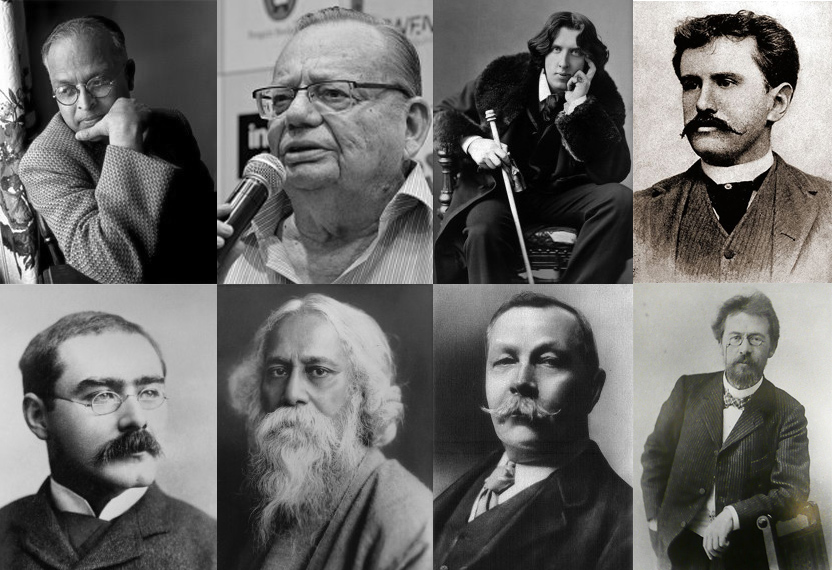 The thought of books brings to mind the warm memories of my grandfather. He loved books and I think I have inherited this particular trait of his. Every week, I would accompany him to the little dingy library at the end of our street. Those old books always smelt wonderful, felt warm and alive. Surprisingly the smallest libraries hosted the rarest books.

It is safe to say that the habit of reading has become obsolete and it is a rare, almost mutant like trait present in a privileged few. From the age I could read fairly well, I bonded with books. Starting with Dr. Seuss comics like Cat in the Hat, moving on to Amar Chitra Katha and then moral stories like Panchatantra, it was the beginning of a beautiful journey.

My grandfather read all sorts of books right from Tinkle comics to Sidney Sheldon. We had discussions regarding our favourite characters. We used to wonder about acquiring our own wands and making life easier. Fred and George, the Weasley twins, were few of our favourite Harry Potter characters.  He admired the spunky Miss Elizabeth Bennet who was to become the wife of a single man in possession of a good fortune. He introduced the abridged versions of the popular classics to a ten-year-old me.

In school, the non-detailed textbooks contained interesting stories. It was probably the one class to which we all looked forward. The fact that this was the pre-mobile phone era is noteworthy. I distinctly remember the first story ‘A Scandal in Bohemia’ which saw the Victorian Detective Sherlock Holmes being outwitted by a woman. That impressed everyone and we proceeded to read about the wonderful village of Malgudi. It was followed by the adventures of Bond, Ruskin Bond!

Reading has become a lost habit. Just as literature is often associated only with Shakespeare and the classics, reading has been reduced to a historic practice whose relevance in present day life has been rendered redundant. These are a few famous Indian short story writers whose works will help you in reviving the habit of reading.

One of the few Indian authors who was genuinely and unashamedly Indian, R K Narayan is one of my favourites. Unlike many contemporary authors who imitate the Western writers in style and content, RK Narayan brought to life a typical South Indian village in all its glory. His writings made me yearn to visit the fictitious Malgudi. Most of his novels and short stories were set in that village.

His stories involved ordinary characters whom one could relate to or identify. A subtle humour pervaded in his works. The language was simple yet effective. He retained certain Tamil words to create an impactful South Indian flavour. The postman Thanappa with an affectionate albeit slightly interfering nature, the witty astrologer who met his match and the unlucky Iswaran are all beloved characters roaming through Market Street and Town Hall Park.

Another beloved children’s writer, Ruskin Bond captured the beautiful Himalayas and hill stations in the north. My favourite was his omnibus of ghost stories. Most of the stories were based on Indian myths, beliefs, and experiences. The horror element was subtle and pervading without it being overbearing or completely unrealistic.

In school, we had read the novel The Hidden Pool which traced the story of an English boy who befriends two Indian boys. Friendship and nature are the recurring themes in his works. His simple language is appealing to children. Most adults fondly reminiscence about their childhood memories which were interspersed with stories of Bond and Narayan.

Most famous for The Jungle Book, Rudyard Kipling was an English author of Indian descent. He was considered an Anglo-Indian. Accepted completely by neither race, British and Indian, Kipling felt ostracized. His loneliness is reflected in his works. This showed how colonization affected not only the colonized but also the colonizers in a subtle, covert fashion. Kipling was subjected to imperialism in the form of rejection.

His stories focused on an orphaned boy who befriended animals and was forsaken by the human race. Mowgli, the wolf boy, belonged to a pack of wolves and was friends with Bagheera, the panther and Baloo, the bear. The wonderful Walt Disney cartoon of The Jungle Book showcased a happy picture which hid all of Kipling’s intentions and emotions. His horror stories were just creepy and hair-raising enough for an eleven-year-old me.

‘Where the mind is without fear’! A profound statement describing the awakening of a newly independent India is a clear touch of Rabindranath Tagore. He was famous for more than his acclaimed collection, Gitanjali. Religion and nature dominated the works and lent an ethereal effect. A lonely boy in a family of fourteen, poetry was his best friend. We owe our national anthem to his poetic genius. His existence in a typically patriarchal society did not alter his respect for women.

His stories reflect a poignant sadness. I liked the story of Kabuliwallah the best. While his poems received acclaim, his stories are not that well remembered. They are often dismissed as secondary to his poetry. Popular opinion is that the Bengali version of his works is mind blowing. I found the English version very profound and definitely think it’s worth reading. His stories break the stereotype of ‘happily ever after’ and present a realistic outlook.