Sundarbans: In The Flow

I must admit that the desire to head to the Sundarbans arose several years ago, while reading the first chapter of Amitav Ghosh’s “The Hungry Tide“. However, the actual trip materialized much later coinciding with my need to escape the urban extravagance of celebration synonymous with every new year.

For serenity seekers, Sundarbans provided many such islands of calm. Far away from any celebration, life here carries on somewhat synonymous with something cosmic, evolving with the tides. Sundarbans () is the world’s largest tidal halophytic mangrove forest, which was declared as a World Heritage Site by UNESCO. Understandably it is huge, the part that lies in India is well over 9,000 sq. km. This effectively means one ventures just about the edge of these Sunder bans (“Shundor bon” means beautiful forest in Bengali) and never quite loses the sense of still being on a journey. My travels around Sundarbans reflected just that, being perpetually in motion, flowing, ebbing, meandering along the canals and island pathways! 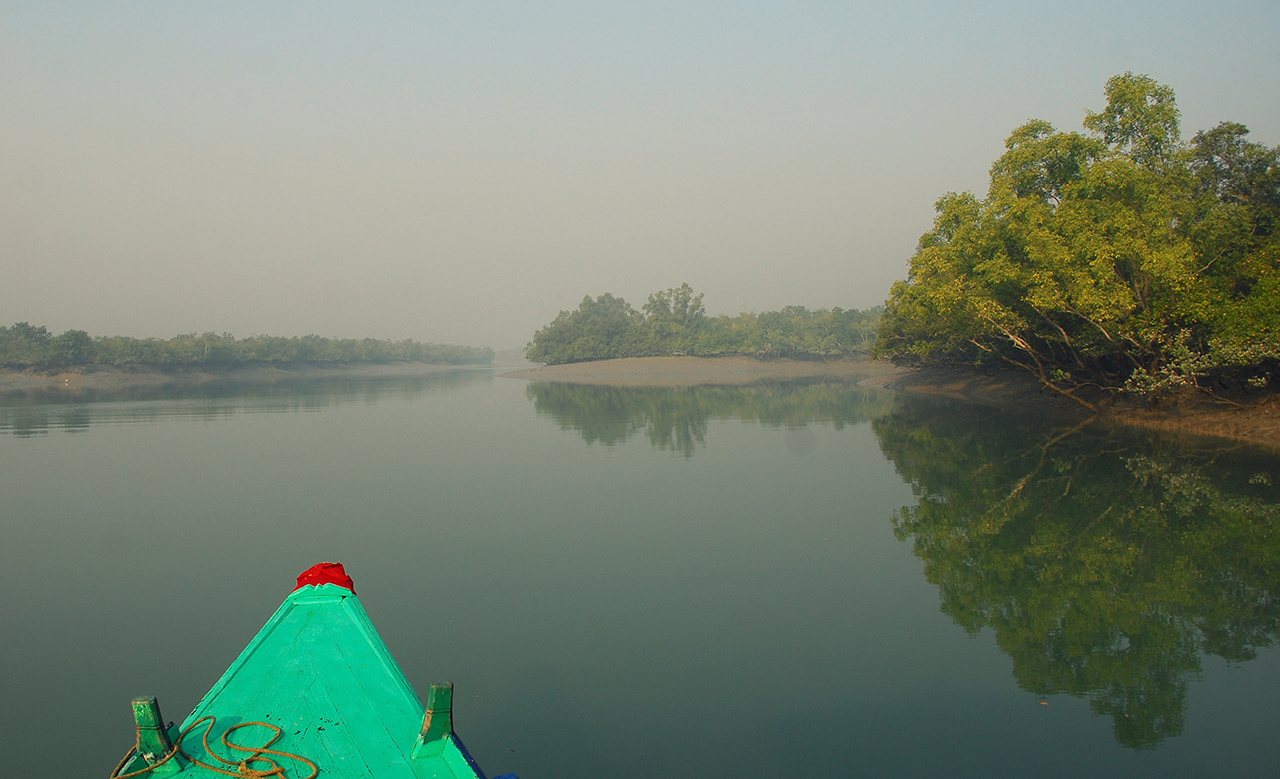 A villager goes about his chores in the most common mode of transport in the Sundarbans, rowboats.

My journey began from Kolkata (the nearest airport), and after a 100kms drive to Sonakhali, I boarded a ferry run by the West Bengal Tourism Dept to navigate the canals of Sundarbans for the next three days. Sundarbans is a cluster of 102 islands, of which about 54 are inhabited, while the rest are protected mangrove forests, too dense and painful to navigate. So along these islands, we moved from Sonakhali to Gosaba, reaching its main forest outpost in Sajnekhali.

The feeling of waking up on the last morning in the ferry, docked near Sajnekhali, remains vivid. The skies were dark except for streaks of faint pink and the air heavy with expectation. The water lapped gently against the boat and its calm surrounded the mangroves, broken only by the flapping of a flock of birds flying past and receding quickly into the horizon. 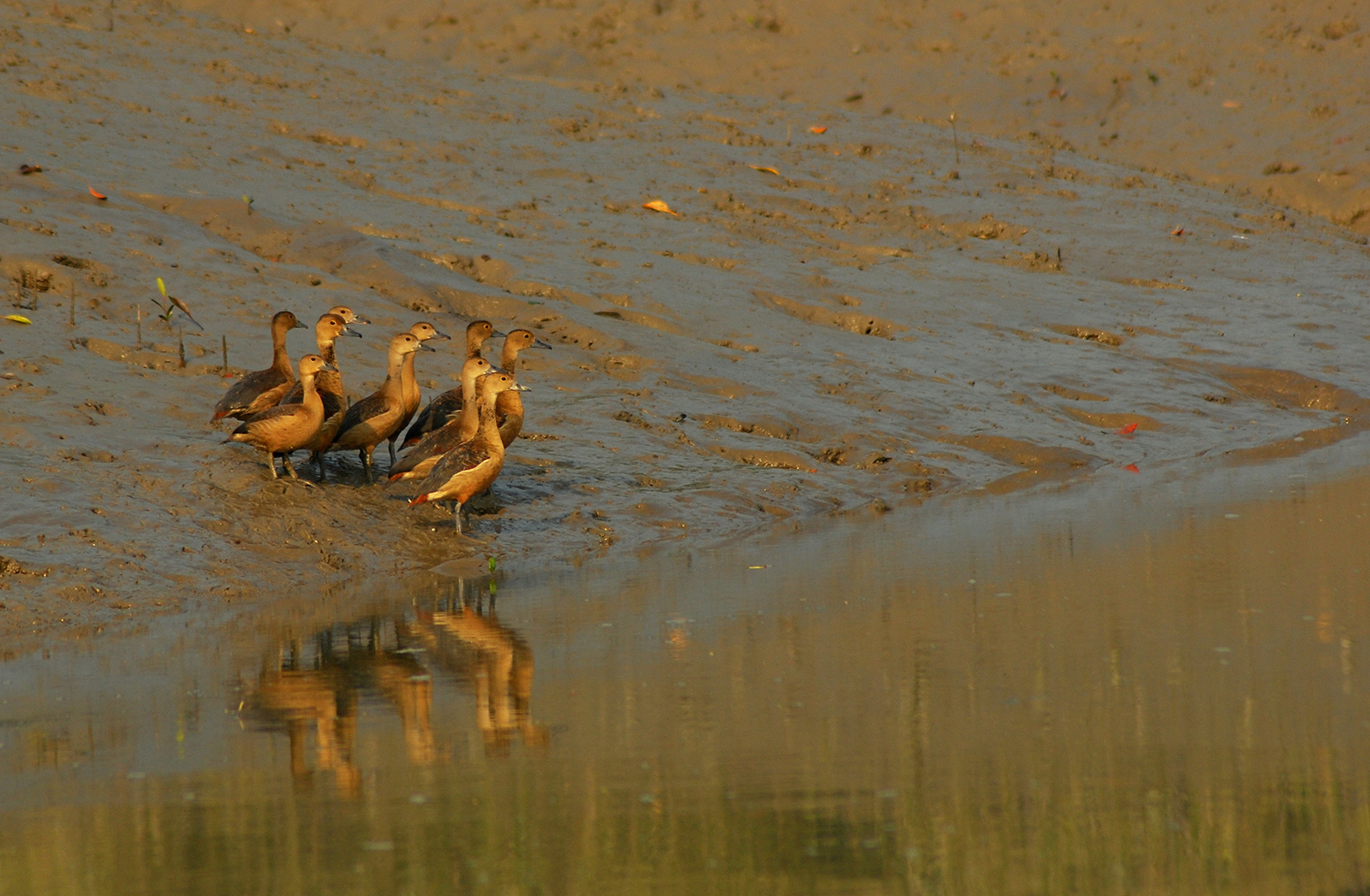 These are the lesser whistling ducks which are found predominantly in the Indian and South Asian subcontinent. They make a shrill whistling noise as their name suggests

As the pink in the sky turned slowly into a rich bright orange, the ferry stirred with the motions of an impending morning. People joined me on the deck, with upbeat calls for their morning cuppa “ki re, cha dibi to?” (“you’ll be serving tea, right?”). And then Arun, our all-knowing guide, bounded up the stairs. Over the last couple days, he had pointed out over 25 species of birds, some migratory some native to the mangroves, estuarine crocodiles, monitor lizards, herds of deer and snakes. He had awed us with his stories of survival in the Sundarbans, of the most recent Cyclone Aila, and having to rebuild his life time and again. Despite all this, we still hadn’t chanced upon the only thing most travelers come here for, a glimpse of the Royal Bengal Tiger.

I persisted, staying on in the Sajnekhali Forest lodge for a few more days. Here, I got the chance to spend time endlessly on the watchtower scanning the mangroves and listening to stories of the forest guards and their many encounters with the tigers in the region. However, the most time I spent was just aimlessly flowing around the canals, just the boatman and me, just the quiet and sometimes the joy in following a flock of whistling ducks. The mist took its own time to rise and unveil the mangroves around. It was breathtaking! 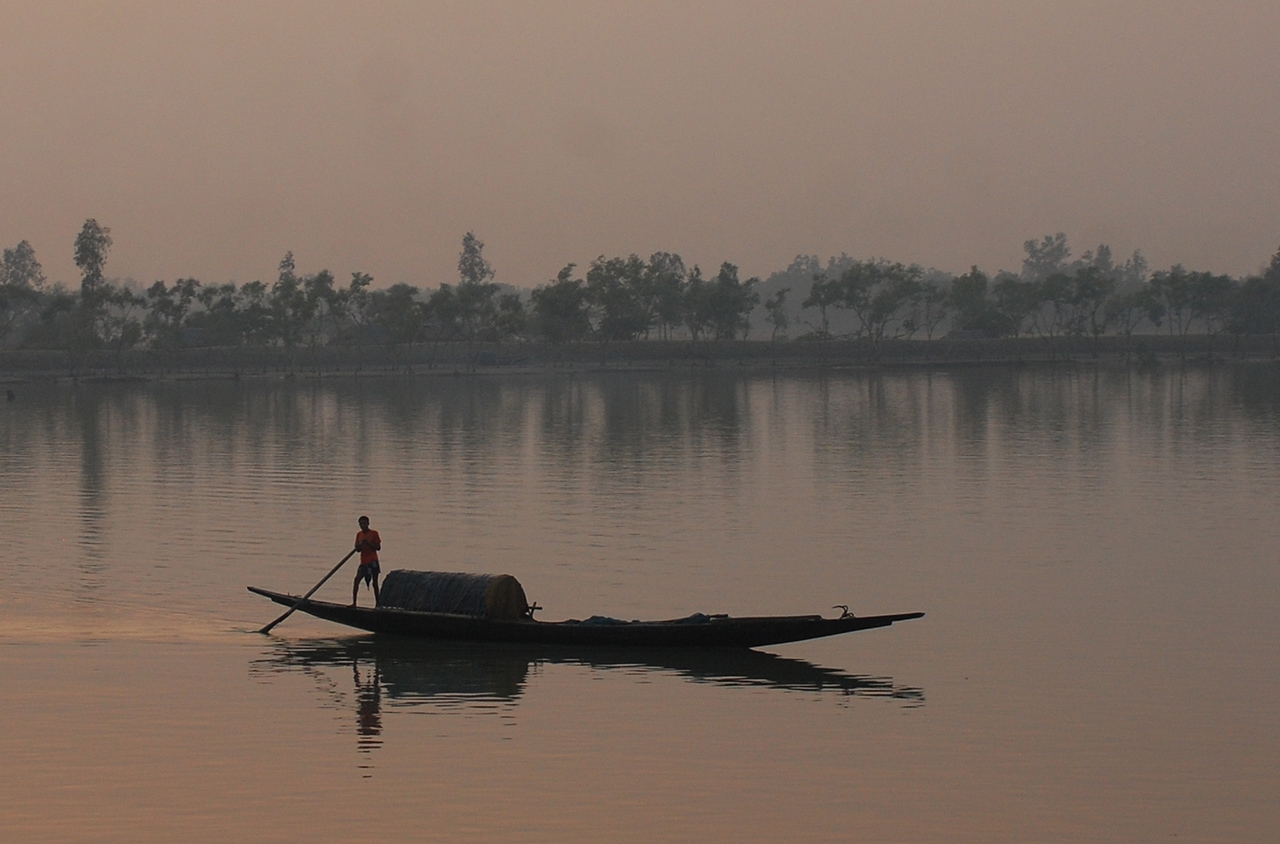 The boat dropped me off later on the island of Pakhiralay (the abode of birds in Bengali). It was an idyllic village, where I spent my time spotting many tiny birds – sunbirds, kingfishers, wagtails, egrets and more. The village girls were busy threshing crop and I joined in their chores. When we were done, I sat around with the women packing honey, which is harvested from the mangroves around.

I was down to my last morning in the Sundarbans, and yet the Bengal Tiger remained elusive. I packed my bags and set out for my last goodbyes. The forest officer, stood at the gates, looking worried as he waited for the patrol boat to come in. I said goodbye as I waited for my boat to take me to the next island, and as we both waited he mentioned that a tiger has entered a nearby village and they needed to rush. I guess someone would see a tiger today, if not me, and I knew it would be marred by fear!

Marvellous Historical Sites in Odisha One Must Not Miss!