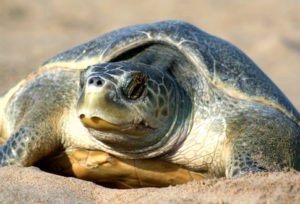 All of the seven species found in the world’s oceans are listed as either endangered or threatened species. Of these, five species of sea turtles are found in waters of the Indian subcontinent including Olive Ridley Turtles. Olive Ridley sea turtles have a distinct behavior of forming Arribadas which are mass gatherings of female turtles to lay eggs on the shore. In India, these mass gathering is observed in State Orissa. I was lucky to closely observe this spectacular phenomenon.

Our journey began by train from Visakhapatnam City to Berhampur (Brahmapur) in Orissa. The train brought us at early morning and we had to catch a bus to reach Rushikulya. Rushikulya and Gahirmatha are the best locations for mass nesting and gathering of Olive Ridley turtles in India. We took all the necessary permissions and proceeded towards the shore. As it was full moon day, we kept all our gear ready for witnessing the great phenomenon. 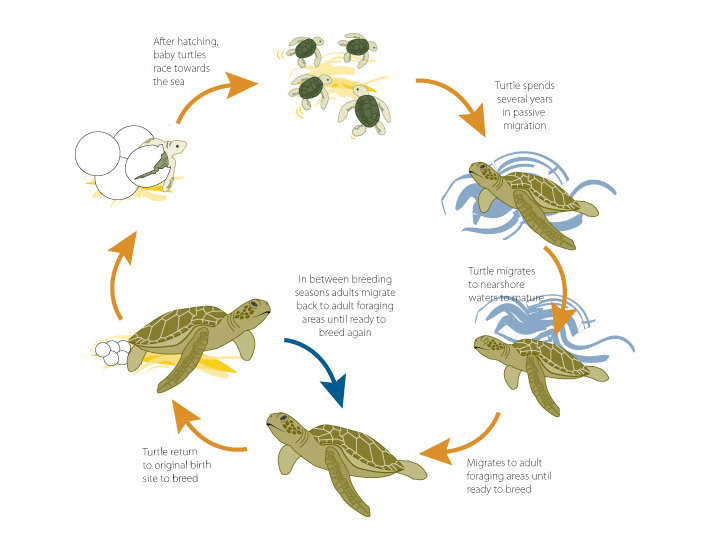 Before explaining our night expedition, I have to explain you about the life cycle of this extraordinary creature, which is classified as vulnerable species by the International Union for Conservation of Nature & Natural Resources.

The life of a sea turtle starts with an egg. After 55 days of incubation in the warm temperature of sea sand, the baby turtle hatches and emerges as a hatchling. This baby turtle immediately heads for the ocean. After overcoming enormous dangers to its life, very few among thousands of hatchlings become adult sea turtle. When the sea turtle becomes mature at the age of 25-30 years, it comes to shore to lay eggs. 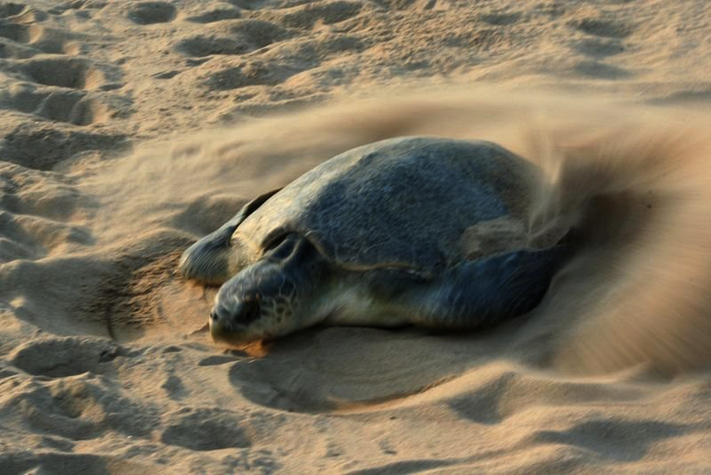 Throughout the tropical zone, sea turtles are found on the high seas. They travel long distance across the seas in search of food and to find a suitable seashore to lay their eggs.
Based on recent scientific research, it was found that they come to the same seashore to lay eggs, where it was born years before. The average lifespan of a sea turtle is about 175-200 years. This makes it the longest living animal in the world!

The night before our arrival, some turtles had already started digging nests in the seashore to make a deep hole to lay their eggs. With the help of their fore limbs named as ‘flippers’, the turtles begin digging the sand as deep as possible so that it can ensure the maximum warmth for incubation of their eggs. I was thrilled by my first experience of closely watching a full grown sea turtle laying eggs. 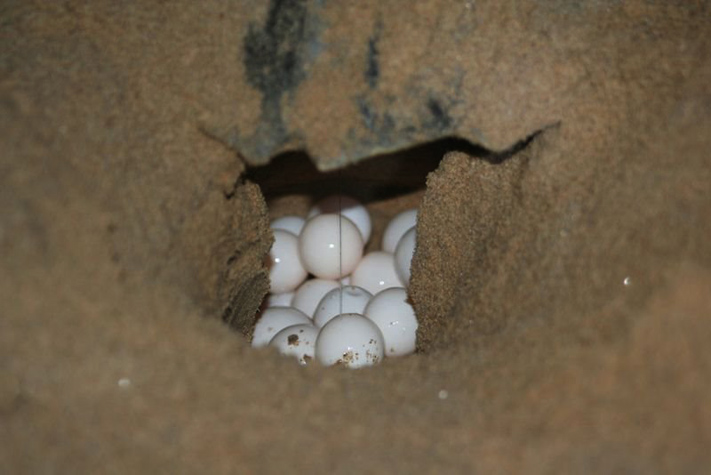 After digging the sand, the female turtles laid nearly 100-120 eggs in a single cluster and covered the nest with sand. Leaving back those eggs to hatch by the heat in the sand, it left for the sea.

As dusk moved into twilight, the first bunch of 50 sea turtles came to the shore, which was soon followed by another 50. Soon there were hundreds of them and I lost count! I heard from the government officials that on a single night nearly 50,000 turtles had come to lay eggs. Watching this extraordinary mass assembly of turtles overwhelmed me and my friends with joy! 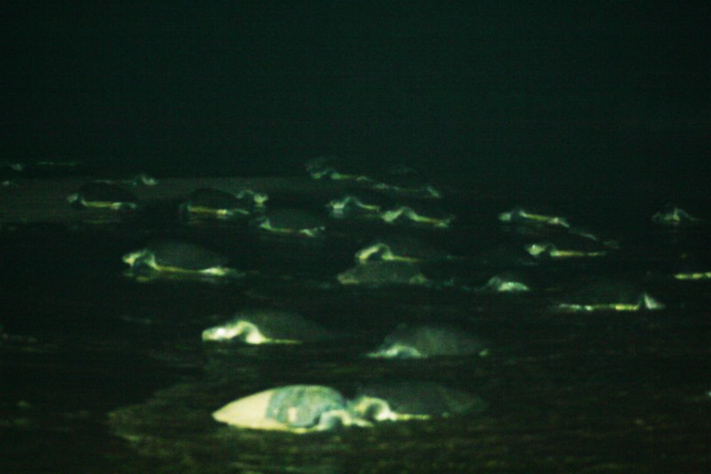 Full moon on one side and sea turtles searching a for place to nest on one side, made us motionless. These strange incidences happen once in a year, we were lucky enough to witness them. We could not slept that night because there was not even a small patch of beach without turtles.

After saying good bye to the last sea turtle, which came at around 8’ o clock in the morning, we headed back to our home town. I hope year later, the baby hatchlings will come again to these beaches to lay eggs and be forever till the dates of our own existence. 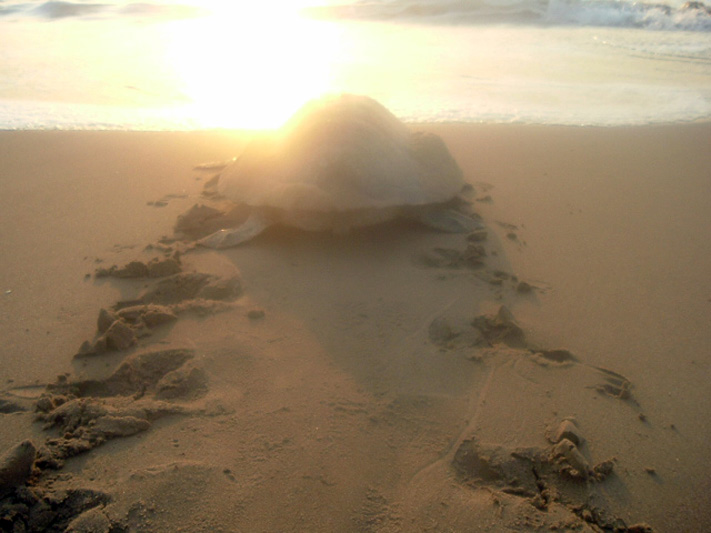 Sea turtle play a very major role in the food chain in the marine ecosystem. Sea turtle are superb predators for many marine animals like jellyfish, rock lobster, plankton, sponges, and microscopic organisms. Although, sea turtles roamed freely throughout the globe until the last century, rapid development in large scale fishing activities and over-exploiting led to decline in their population. Further, humans hunt sea turtles for their meat, their oil, and their shells. They also capture and sell their eggs as delicacies. We have the power to change the fate of these poor creatures, by educating, sharing information and learning more about sea turtles.