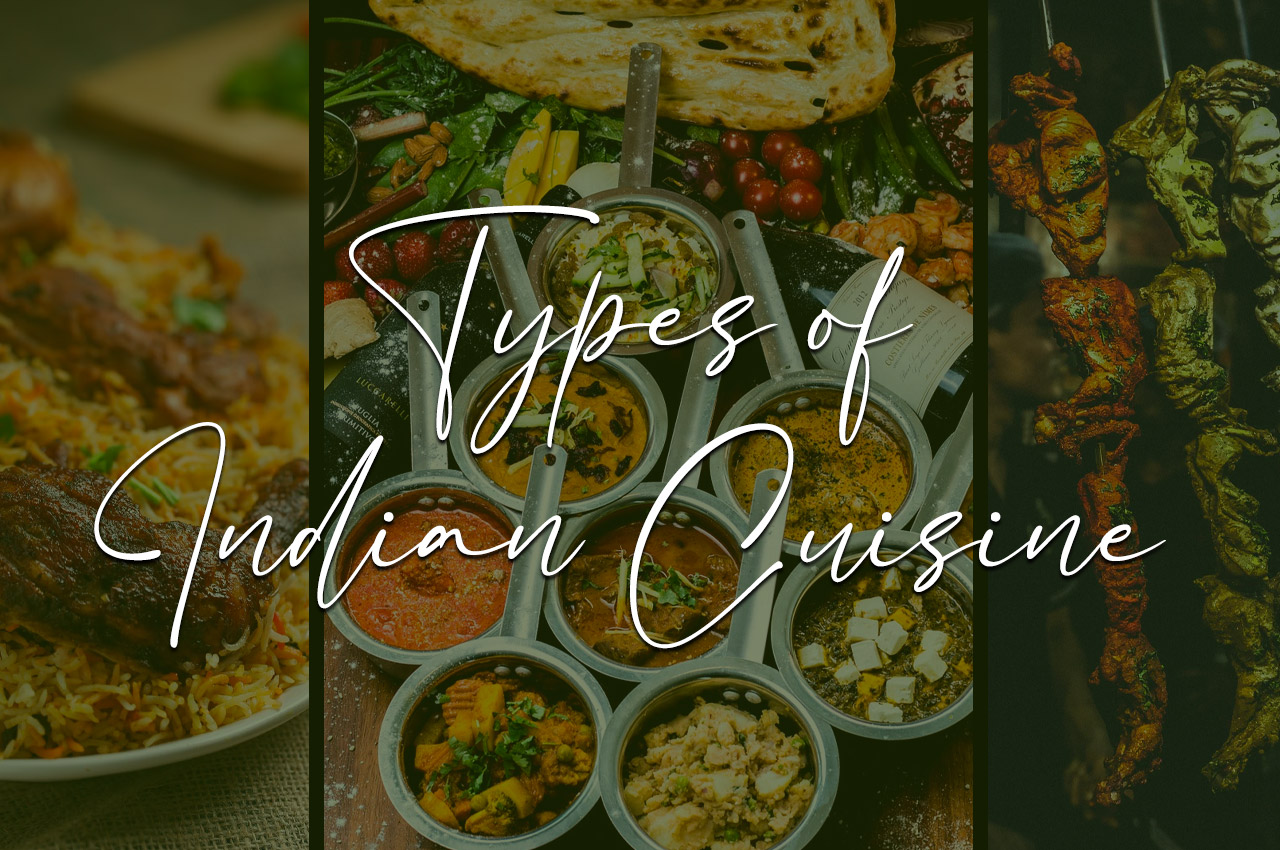 Food always plays an integral part in our daily lives. Apart from helping us to survive, food also plays an essential role in our culture and traditions. Every community and every region from around the world has its own diverse and varied food culture, which is quite distinct from that of the others. Food plays a vital role in the life of an individual. From the nostalgic memories of the childhood snacks to the current food habits, it serves nourishment to the individual’s heart and soul. Food also serves as a unifying factor in bringing together different communities and in helping us view the world from each other’s perspectives. The major distinctions in India’s cuisine is between North Indian and South Indian Cuisine. In India, every region has its variety of types of Indian Cuisine, which portray the diversity that the country is home to.

Punjabi cuisine is famous all over the country for its delicious flavor. Milk products are an essential part of the cuisine of the state, and hence a glass of Lassi and buttermilk is necessary to every Punjabi meal. Wheat is the staple food of most North Indian people and different dishes made of wheat, such as Aloo Paratha, Makki Roti are also widely consumed. Apart from these, vegetarian dishes such as Rajma Chawal and Kadhi are also extremely adored in the state. The most popular dishes of the state of Punjab include Paneer Tikka, Dal Makhani, among others.

The state of Rajasthan is widely known for its distinct variety of dishes. Milk and butter are major parts of the Rajasthani cuisine. Gram flour is also used widely in preparing the dishes. Lentils, beans, corn, millet, among others; form a significant portion of the diet of the people. Dal Bati Churma, Mawa Kachori, Mirchi Bada, and Kalakand are some of the most popular dishes from Rajasthan.

Bengali food is a combination of fish, rice, and lentils. The dishes prepared in the state have a unique blend of spices and are hence quite popular. The most popular dishes of Bengali cuisine include Aloo Posto and Doi Maach, among others. Bengali sweets are perhaps the most popular desserts in the country. They include Mishti Doi, Rasmalai, Kacha Gola, among others.

Tamil Nadu belongs to the southern part of India and is notable for its delicious food. Tamilian food is mostly vegetarian and includes dishes such As Idli, Vada, Dosa, and Sambar. Rice is the staple of the place. The spicy and tasty blend of the Tamil Nadu cuisine is worth experiencing. The most popular dishes include Uttappam, Takali Soru, Murukku, Paruppu Payasam, among others. Here, people prefer coffee over tea as a beverage. Tamil Nadu is thus home to a unique and distinct cuisine in the country.

The state of Kerala lies in the southern part of the country. The principal food of the state is rice, along with a variety of side dishes. Food lovers frequent the state from all parts of the country due to its marvelous delicacy. The unique blend of the spices and distinct flavours are a treat to the taste buds. Kerala cuisine is rich in spices, such as chillies, ginger, black pepper, etc., is what makes the cuisine of this state different from that of others. Sadhya is perhaps the most popular meal of the state. It comprises rice and more than thirteen different and unique side dishes. The most popular dishes of the state include Karimeen Pollichathu, Palada Payasam, Puttum Kadalayum, among others.

The cuisine of the state of Andhra Pradesh is prominently known for its distinctive collection of spicy food. The cuisine comprises both vegetarians as well as non-vegetarian food. Rice is again an essential part of the cuisine of the state. Apart from that; red chili, ragi, and jaggery are also present in the food culture of different regions of the state. The vegetarian dishes and their style of cooking are quite popular among food lovers. The addition of red chillies make almost all their dishes on a spicier side. Panasa Puttu Koora, Gutti Vankaya Kura, and Boorelu are some of the most popular items in the state.

Telangana cuisine is also quite spicy in comparison to that of other states. It comprises various ingredients like tamarind, red chilies, sesame seeds, which add a prominent flavor to the food culture of the state. Bread and roti are also quite popular. Sarva Pindi, Dakinadu, Malidalu, and Pachi Pulusu are some of the most popular dishes in Telangana.

North Indian cuisine is varied and diverse. Every dish which belongs to the cuisine is exceptional in its own way. When compared to the other popular cuisines of India, one can see that the delicacies of North India have an abundance of ghee, fresh cream, and butter, among others. Chole Bhature, Aloo Samosa, Dahi Bhalla, Pani Puri, are some of the most loved dishes of north Indian cuisine.

South Indian Cuisine is notably distinct from that of North India. Delicacies of the south make more use of chillies and spices and almost always include rice. These dishes are much loved by food lovers from all parts of the world. Idli, Dosa, Appam, Medu Vada, Rava Upma, Uttapam, and sambhar are some of the most popular dishes that are quite popular and loved all over the country.

The Diversity in Indian Cuisine

Street foods of Delhi that Make it a Paradise of Savouries

Kashmiri Aloo Dum: From Kashmiri Kitchen to the Other Parts

The 8 Mouth-Watering Food of Rajasthan You Must-Try!