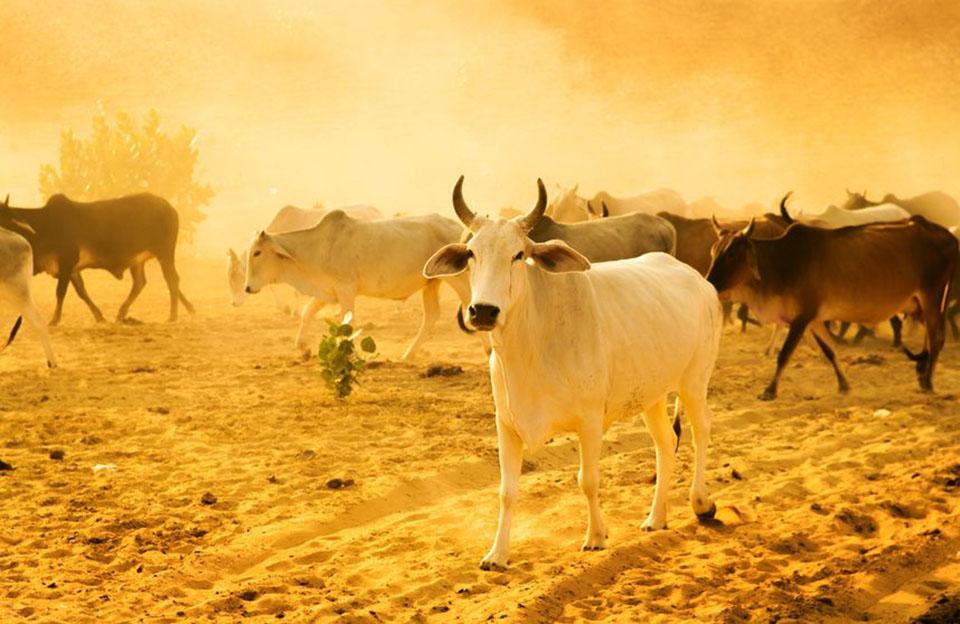 Just when we thought the beef ban controversy in Maharashtra now settled, the issue has raised its ugly head in Kashmir. Earlier this year, the state government of Maharashtra triumphantly declared that the 1995 Amendment to the Maharashtra Animal Preservation Act has received the President’s assent. Most media outlets soon reported that the amendment has banned the slaughter of cows, bulls and bullocks, which was permitted earlier under the existing legislation after obtaining a fit for slaughter certificate. It was also widely reported that the punishment for possession of beef has been enhanced to five years imprisonment and a fine extending to 10,000 rupees. However, even today there is no further clarity regarding the act’s amendment.

The Maharashtra government has not publicly released the full text of the amended act on cow slaughter, causing much confusion since no one has been able to study the bare text of the law. The Maharashtra Law & Justice Department website has a section where all the state’s acts and ordinances are supposed to be available but it conveniently reads “(Website) Under construction. Please check back soon.”

Most of the laws in India come with a provision that a newly passed act shall come into force after its notification in the gazette. This means that even after the Governor’s or President’s approval, the law still does not comes into force until the government takes the proactive step of publishing a gazette notification.

Due to the uncertainty regarding the beef ban implementation, the judiciary has had to step in. Hearing a petition that filed by Bhartiya Gauvansh Rakshan Sanvardhan Parishad, a Division Bench of the Bombay High Court passed orders, directing Mumbai’s Commissioner of Police to implement the ban. Despite the order specifying that only the slaughter of cows, bulls and bullocks is prohibited and the slaughter of water buffalos is permitted under the amended legislation, the Deonar Abattoir has reportedly stopped the slaughter of buffaloes and bulls as well, because of the uncertainty surrounding the issue. Meanwhile, restaurants in Pune that served beef dishes earlier, nonchalantly continued serving their dishes just by changing their menu to indicate buffalo meat!

Furthermore, it is also unclear how the government plans to implement the ban on mere possession of beef, since after cooking, it would probably be impossible to distinguish whether the meat is obtained from a cow, a bull, or a buffalo. Jokes are abound questioning whether the beef already consumed also amounts to possession since it remains inside the body! Opponents of the beef ban in India are quick to point out that the police machinery could be better utilised for other important law & order matters such as ensuring women safety rather than checking the possession and consumption of beef.

In addition, the ambit of a cow slaughter act is equally ambiguous across various states. For instance, the Karnataka Prevention of Cow Slaughter & Cattle Preservation Act, enacted in 1964, forbid the slaughter of cows, calf and she-buffaloes but allowed the slaughter of bulls, bullocks and buffaloes if they were aged above 12 or if they were no longer fit for breeding or draught or did not give milk. In 2008, the previous Karnataka government led by BJP had widened the definition of cattle, made punishment harsher and increased the age of animal to be slaughtered. Later in 2013, the Congress reversed this decision and reinstated the old act!

While it is true that most states in India have a ban on cow slaughter, what sets the Maharashtra Act apart is its reportedly wider purview and harshness. It has been reported that the Act shall make possession of beef punishable by up to five years of imprisonment, which is a rather harsh.

A report of the National Commission on Cattle published in 2002 indicates that the violation of the cow slaughter legislation is punishable by a maximum of 2-3 years of imprisonment in most states. In several states such as Gujarat, Assam, Bihar, Karnataka and West Bengal, the maximum punishment is just six months imprisonment. In Maharashtra too, six months imprisonment was the norm before this Amendment. Delhi and Haryana are the only other states to have prescribed five years imprisonment for such offences.

In order to put this matter in context, the punishment for possession of up to one kilogram of a banned drug such as ganja (cannabis) under the Narcotic Drugs and Psychotropic Substances Act (NDPS Act) is just six months of imprisonment, and even that is waived off if a first-time offender agrees to undergo de-addiction treatment. The offense of ‘sexual harassment’ recently added to the Indian Penal Code as Section 354A after the Delhi gang rape incident also carries a maximum punishment of just two years imprisonment.

Is possession of beef really a crime more heinous than sexual harassment or the possession of prohibited drugs? There is a dire need for the state government to clarify just how the ban is being implemented and justify to its people on the rationale behind its harshness.