Freedom to speak freely, is it? 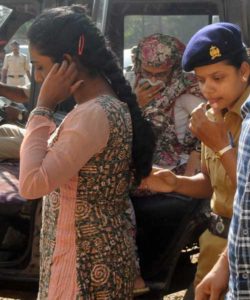 While browsing through the internet a few days back, I came across a news link from a leading English newspaper in India. The news headline shook me and for a moment I was dumbstruck. It said that a shipbuilding professional in Goa was arrested for making comments about the Prime Minister, Mr Narendra Modi. Really!

I thought we are living in a democratic nation where every citizen has certain rights. We feel pride about our lengthy constitution. However, few of our fundamental rights, like ‘Right to the Freedom of Speech ’ can’t be practiced with that freedom.

The other day I was watching an American show, Boston Legal. Those who are not aware about this show, it is about attorneys and the cases they deal on a regular basis. In one of its episodes, two of the lead characters, Alan and Denny, discuss about political parties and whom will they vote. Surprisingly, they were openly discussing about each party’s positive and negative sides. This is what we call ‘Freedom of Speech’.

On the contrary, we in India can’t even express our views in social media sites like Facebook. The recent Goa incident isn’t the only case. Few years back, two girls were arrested for commenting about the cremation ceremony of Shiv Sena Supremo, Balasaheb Thackeray on Facebook. As per our constitution, every citizen of India has right to express their thoughts and views on topics as long as their views don not hurt religious sentiments and provoke any riots.

Unfortunately, we live in a nation where such rights exist only on paper. When a person tries to be expressive, they are bound to go through a lot of trouble. These rights are all governed by various political and religious parties. After recent incidences, people now restrict from expressing themselves over websites and social media. Who knows, what may offend these political parties or celebrities!