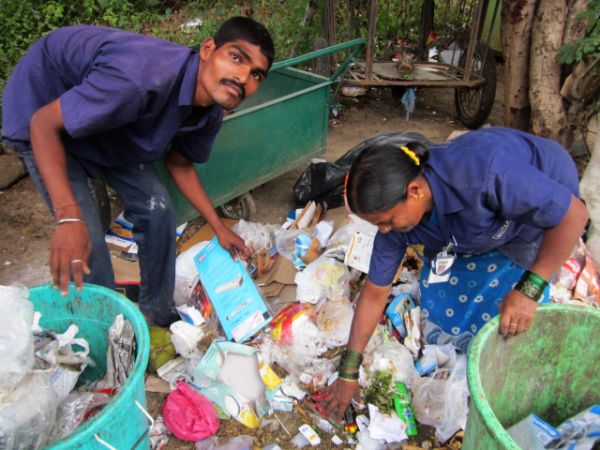 Pune has emerged as one of the fastest growing metro cities in India powered by the talented workforce emerging from its educational institutions and its proximity to Mumbai. However, this fledgling cantonment city has grown haphazardly due to expansion of business activities and the steady influx of migrants. Matching with the city’s march to rapid growth is the growing pile of rotting waste strewn across landfills on the outskirts of the city. However, in 2007, a ground breaking initiative was launched in Pune, which has now become the perfect model to emulate across other Indian cities.

In 2007, Kagad Kach Patra Kashtakari Panchayat (KKPKP) collaborated with the Pune Municipal Corporation (PMC) to create the SWaCH Cooperative initiative (Solid Waste Collection and Handling). KKPKP is a trade union of sanitary workers and rag-pickers that was established in 1993 to safeguard municipal worker rights. The SWaCH initiative became India’s first wholly-owned cooperative of self-employed waste pickers, which is today an autonomous enterprise that provides front-end waste management services to the citizens of Pune.

Unlike other cities where municipal corporations collect the garbage from residences and commercial establishments and charge them a fee, Pune took the lead in empowering the waste collectors to charge the fees as well as sell the recycled waste to generate income. SWaCH Cooperative trains rag pickers on waste collection, segregation and professional behaviour as well. Organic waste is composted to create manure, while solid dry waste such as paper, plastic, metal scrap are recycled and sold. Residents are asked to place soiled diapers and sanitary napkins in a separate disposal bag.

Each pair of SWaCH Cooperative workers, equipped with identity cards, cover 250-300 households in a locality and hand over the collected and segregated waste to trucks. Every day, they collect around 600 tons of solid waste and about 10 tons are composted. Apart from these initiatives, the SWaCH organises the ‘V-Collect’ voluntary drive to collect newspapers, old clothes, e-waste and other unwanted household material that cannot be thrown in daily garbage. SWaCH Cooperative hopes that these activities change the perception about sanitary workers among people. 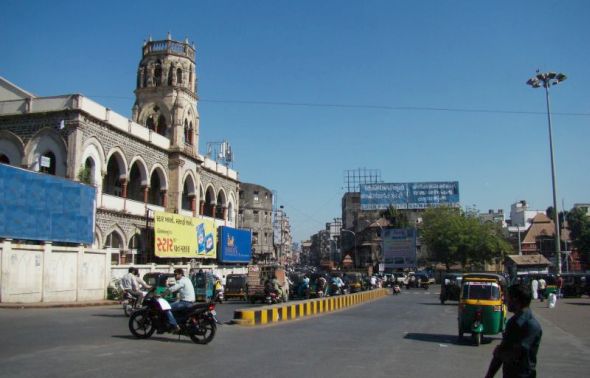 Large Indian cities are chaotic, dynamic and are full of vibrant life. They are culturally rich with heritage, but despite their proud legacy, our cities cannot claim to have one thing – cleanliness. Cities across the country are dirty, polluted and filled with noxious substances. However, there is one city in the country that has consistently claimed the title of being the cleanest city in India – Surat. The last time we heard about Surat was that it was the only city in modern times to have suffered the dreaded outbreak of plague. So how did this magical transformation happen?

After Surat suffered the plague outbreak in 1994, both the authorities and the citizens woke up to the harsh reality of garbage strewn across the city. A massive drive to clean the city was initiated, which was led by the then municipal commissioner, S R Rao. Under Rao’s able leadership, the Surat Municipal Corporation took up a few key activities that restored faith –

Further, the Surat Municipal Corporation implemented concepts like zero-garbage roads, waste-to-energy plants and micro-level management of cleaning activities as well. Obviously, these initiatives yielded dramatic results within two years. Soon, Surat became the model city to emulate after it was rated among the top three cities for three consecutive years (2008-2010) in the National City Rating under the National Urban Sanitation Policy. During the last decade, municipal officials from across the country have visited Surat to understand the city’s transformation.