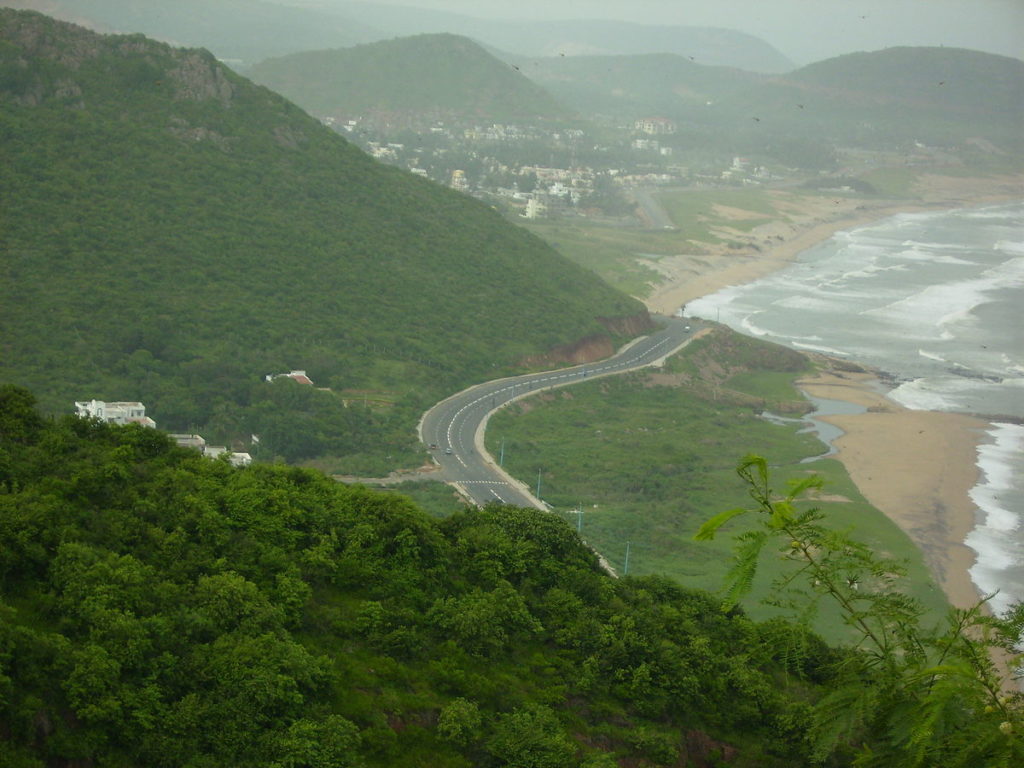 As a child I always dreamt of great valleys, deep jungles, and lofty waterfalls. Fortunately I grew up in an area which was situated close to a spectacular valley with enchanting surroundings. Just 120kms away from my home town, Visakhapatnam, is the Eastern Ghats, which are some of the last remaining wild areas in the state of Andhra Pradesh.

Some of the highest elevations in Eastern Ghats ranging from 1600-1700 meters are located in the Visakhapatnam district. While the Western Ghats are quite famous for biodiversity, the Eastern Ghats also has lush green valleys, dense tropical jungles which support a wide variety of wildlife such as tigers, gaurs, leopards, wild dogs and some rare bird species.

During my early schooling years, I frequently visited these places. Those misty mountains of Eastern Ghats made the climate quite enchanting. After a long time, I recently visited the place and was surprised to see that wildlife is still preserved despite the onslaught of modern civilization. Being wildlife enthusiasts, me and my friend Sujith we were eager to explore the Northern Eastern Ghats region. We started early in the morning on a motor bike. 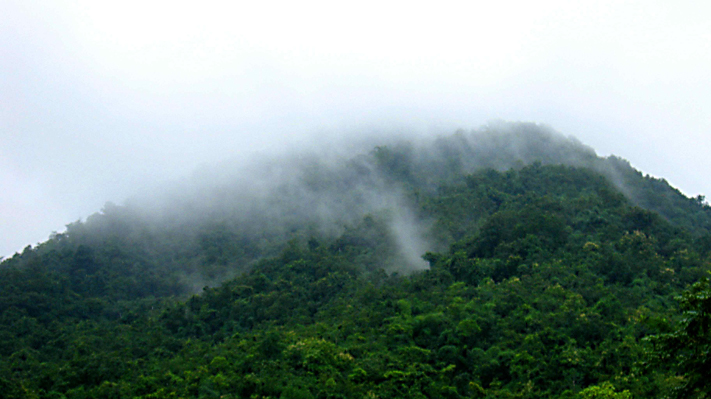 It was a beautiful sunny day and we soon left behind the busy city traffic and headed towards the mountains. As we got nearer to the mountains, a refreshing cool breeze welcomed us for the coming journey ahead. With steep uphill Ghat road turnings, we crossed 1000mts above the sea level. As our bike moved ahead, Langur monkeys watched us from the trees, while being busy grooming each other. Midway along our journey, we stopped abruptly on the road, when we saw a strange looking creature. It was covered with protective shields. I and my friend took several pictures of it and later realized this insect was ‘female glowworm’ after referring some books.

Pleased with this interesting sighting, we headed further. After another half an hour journey, we entered a tribal hamlet called ‘Lambhasinge’. There, we stopped for several minutes and refreshed ourselves with a cup of tea. Then we continued, heading towards much higher altitude. Throughout our journey, the forest greeted us with cool breeze, lush greenery and beautiful twittering of birds echoed through the forest canopy.

Before reaching our final destiny of Sileru, we passed through villages such as Chintapalle, Sapparla and Dharakonda. Dharakondavillage is famous for its Daralamma Goddess. From the temple, we can see a spectacular waterfall. 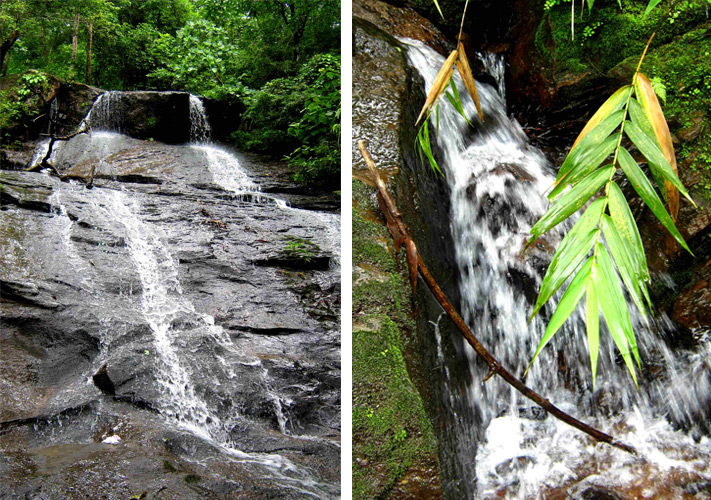 After resting for a while there, we headed towards Sileru town. As we reached late in the evening, without any hesitation we searched for place for our night halt. Thankfully, we settled ourselves in a guest house by the time it started to rain. Soon it was raining cats and dogs, and we could not get a chance to explore the place in the night. However, our guest house was itself a virtual miniature zoo, where we got a chance for observing a variety of insects such as moths, butterflies, walking sticks and even snails and frogs.

Tired of the long journey, we both soon fell asleep. The next morning, we planned to explore the mountains surrounding the village. But we were thwarted by another hour of incessant rain. After the rain stopped, we went exploring the mountains by walk. We saw beautiful waterfall on the mountain edge which was quite endearing to me. In my exploration I captured some interesting animals in my camera. 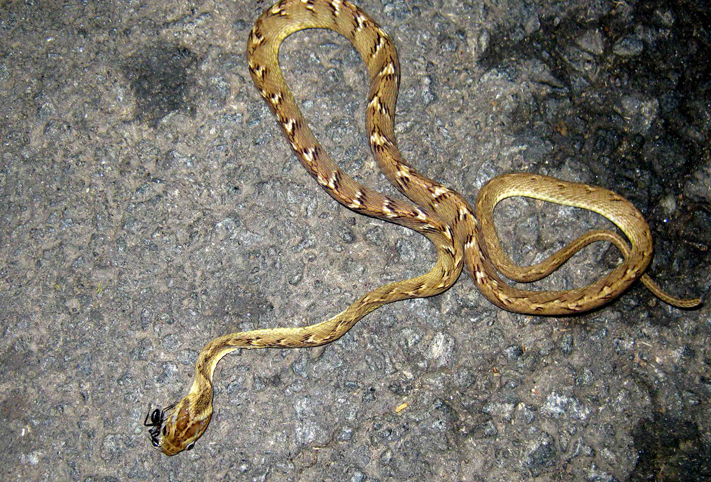 Roadkill of a snake

After a day of joyful exploration, we returned to our guest house and started our bike to pack off to our home town. Initially, we had decided to stay for couple of days, but the bad weather made us to change our mind. Leaving behind the lush green valley with some striking memories, we left for Visakhapatnam late in the night.

Reminiscing about our visit to the Eastern Ghats, I realized that every time I visit such places, I get a chance to see a rare and unique creature. In my observation, these jungles are some of the most unexplored places in India. But recent human activities are destroying huge tracts of lush green jungles converting them to agriculture lands. Moreover, I observed frequent road kills of snakes, lizards, birds, butterflies, which is seriously harming the fragile environment.