Continued from The Tale of Seven Sisters… Part 1

A Pleasant Surprise and an Unplanned Ride 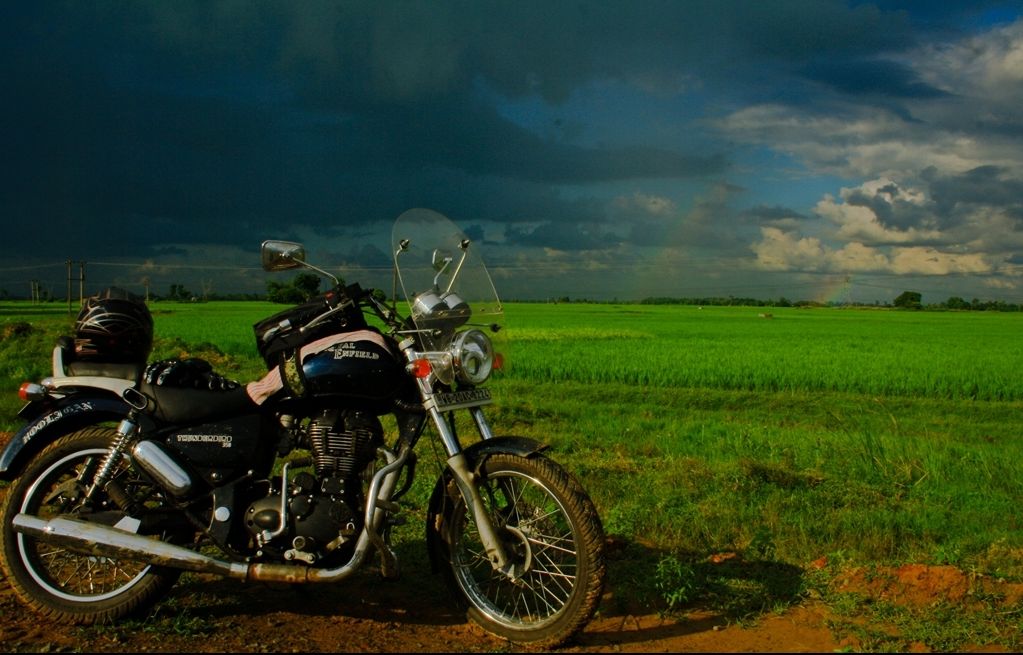 Riding along verdant fields on NH-34 | Click to enlarge

As expected, Guwahati welcomed me with unusual torrents. Although a stranger to the city, I never felt like one. The state capital’s language, culture, mannerisms, food, et-al., among many other things were strikingly similar to things in West Bengal. But I couldn’t help notice a few other similarities:

Thanks to one more ‘babu’, it took me close to three and half hours to get my bike’s ‘gate-pass’ done. I rushed to the Deputy Residence Commissioner’s office of the Government of Arunachal Pradesh located at R.G. Baruah Road to get my ILP done. There, I was treated courteously and advised that it being a Saturday, the signing authorities have left already and the ILP could only be ready by Monday. Mr Deka at the ILP office proactively promised me that he will see to it that the ILP is ready by early Monday morning. In the meanwhile, he suggested that I should ride down south to Meghalaya and Agartala with two days in hand. That sounded like a brilliant idea. It was indeed a pleasant surprise and I was all charged up for an unplanned ride to the wettest place in the world (the highest average annual rainfall)!

It was time for me to ride with the tide. I set my GPS coordinates to Shillong, which indicated the route via GS Rd/AH 1/AH 2/NH 40 and a distance of a mere 100kms. A happy me finally hit the road at 2.30pm towards the rock capital of India! Road conditions ranged from good to bad. I don’t know if it is a mere coincidence or reality, “road widening”, “two-laning”, “patching” are always in progress whenever I ride out. However, it didn’t quite matter much as I was not racing against time and enjoyed time clicking, shooting, chit-chatting with the locals to cover a distance of 100kms within 5 hours. 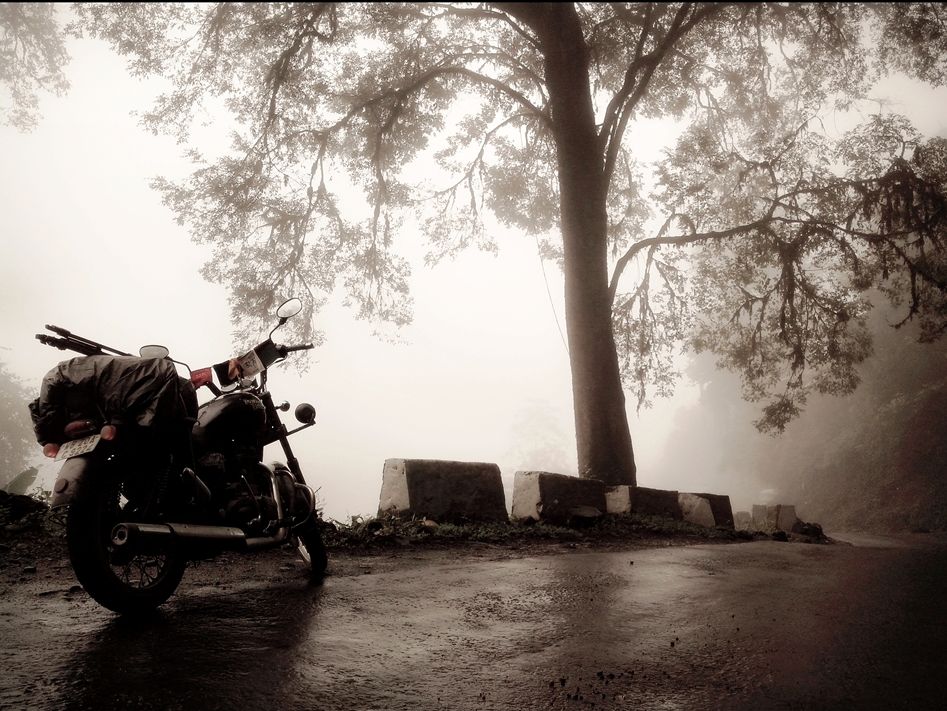 Shillong’s alpine valley welcomed me with arms wide open and I embraced her like a playful child. I checked in at Hotel Broadway and lodged myself in a single room. Running away from the maddening crowd is never easy! An over-enthusiastic & incessantly loud Bong family stumbled upon me and I got caught in their line of firing questions. This is how it went:
“Arey dada – Alipore registration…” (Hey dude, Alipore registration?)
“Kothay jaben? (Where to?)
“Eka eka chole elen, barite allow korlo? (You came alone, did they allow at home?)
“Koto dey garita”? (How much mileage?)
“Kolkatay kothay thaken?” (Where do you stay at Kolkata?)

Any other time, I would have enjoyed this interaction, but the rat race inside my tummy almost made me suffocate to their questions. And I whispered to myself “Really… Bongs are everywhere!” I quickly gulped my dinner from a restaurant that served Bengali cuisine and rushed back to the hotel room to face another bigger challenge! Shooting a documentary!

Soon I realised videography was altogether a different ball game and once again inspiration played its part to get me into this. I was inspired by the tales of Gaurav Jani (award-winning filmmaker and traveller) and this was going to be my unsung tribute to him. I tried to shoot an introductory clip in my hotel room and I looked like a fool in front of the rolling camera. I had to re-take almost 10 times to shoot a clip of 3 minutes and I could very well guess what was lying ahead! 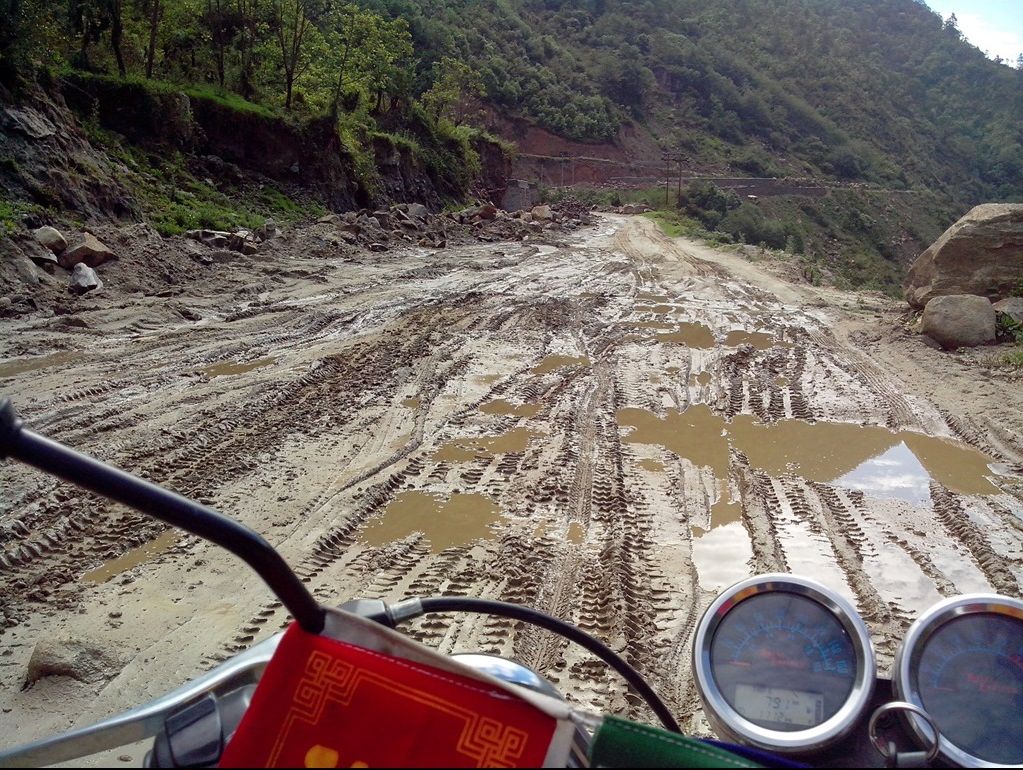 On the road- Off the road- Mawsynrum- Cherrapunji – Sohra- Sela

It was practically my first day on road. So I started quite early, as early as 4.30 in the morning! Just as I packed my saddle, I felt like somebody was calling me out. “Dada”…?? I didn’t pay much heed the first time, quite obviously you don’t expect to be someone’s elder brother during the wee hours of morning. I heard the sound once again, this time nearer and shriller! It was Bhola, the hotel room caretaker I had befriended few hours back during check-in. With a torch and umbrella in his hand, he came up to me and very sweetly asked, “Cha khabe?” (Wanna have some tea?). Albeit not a big fan of this exotic Chinese leaf, I didn’t quite mind a cup of hot tea especially with such wind chill and drizzles around. More than anything else, I was touched by Bhola’s gesture! My instant response to him was “Etto shokale? Kothay pabe?” (Where will you get tea so early in the morning?). 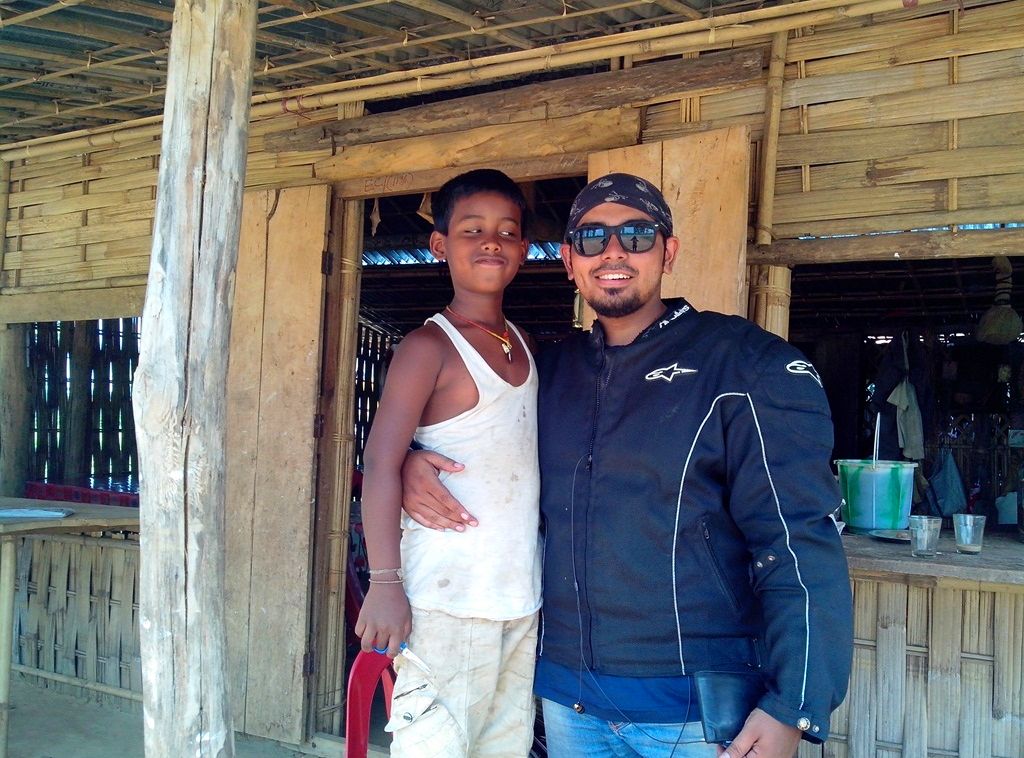 His response was a smile full of warmth. “Two minutes”, he said. Pleasantly surprised, I concentrated on packing once again. After couple of minutes, I could hear quick steps running down the stairs. And there he was with a flask full of tea and two cups. As I took sips off my cup and warmed up, I thought to myself. Truly, there are no strangers here; only friends you haven’t yet met. I was convinced that this ride couldn’t go wrong, no matter what happened!

“Empty your mind!” “Empty your mind!!” I kept whispering to myself. As, by the time I kickstarted the journey, my mind had got filled up like one busy junction of the Times Square. A sky-full of thoughts, apprehensions and anxiety clogged my inner self. What if I don’t come back safe? What if I lost my way? What if… Mom always said whenever you are perplexed, remember God, he takes care! Well, being an atheist, I don’t have much of a relationship with this man-made element. Despite that, I did say my prayers, to my creators: My parents. I left Shillong still in deep slumber and took along with me a very shy sun and a thumping Thunderbird!