Unravelling the Mystery of Udvada!

Many of us don’t remember much about the places we lived during our early childhood and if our parents are nostalgic about their memories in such places, we are unlikely to show much interest. One such destination I had often heard from my parents was Udvada in Gujarat. It was in Udvada way back in the 1970s, where my mom & dad stayed after their marriage, where my dad began his career and I had my early childhood. It was their dream to visit this place once before they die and we children decided to make it happen.

Finally, the day came when we set out for South Gujarat, just as Mr. Amitabh Bachchan urges us to explore the beauty of Gujarat! We left early in the morning from Pune and by afternoon, we were already in Valsad passing through Vapi. Valsad is a small town with all the required lodging facilities and it is well connected to most of the nearby places such as Kolak, Daman and Udvada. We chose to stay there and then find out more about the other touring destinations in South Gujarat. 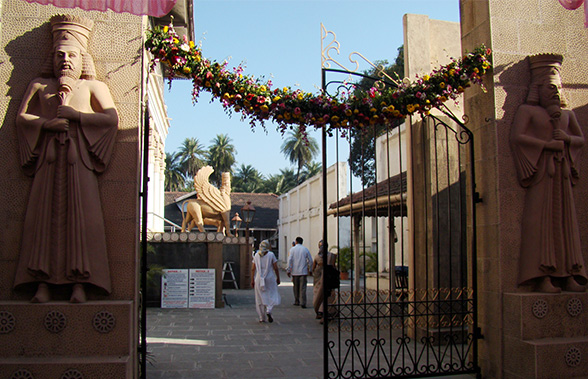 During our ride to Kolak, my parents were all the more excited and started sharing their nostalgia about the place. Dad told us that he used to cycle around seven kms everyday to go his workplace from Udvada to Vapi. Soon, we reached Udvada thanks to Google maps and to Mr. Narendra Modi, who has facilitated tourism in Gujarat with such well-laid out roads. 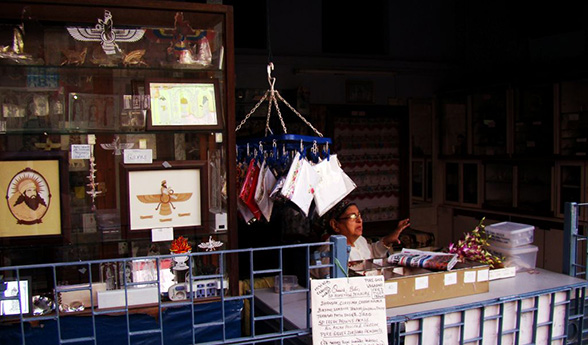 Udvada is a quiet village on the seashore of Gulf of Cambay near the popular tourist destination of Daman. Udvada is a seashore oriented town with few Gujaratis and Parsee families staying together. This village is the holy place of pilgrimage for Parsis (Parsees), who are the followers of the Iranian prophet Zoroaster. They are part of a tiny Zoroastrian community living in India. Legend has it that a group of Iranian Zoroastrians migrated to western India more than 1000 years ago. In the 8th Century, after the Arab invasion of Persia (Iran), these Parsis landed in Sanjan (Gujarat), and were provided with shelter by Jadav Rana, the local Hindu ruler.

In order to preserve their religion, the Parsis constructed the first fire temple, Atash Behram, to protect the holy fire which they have rescued from Iran. Gradually, they acquired the Gujarati custom, language and way of living. Thus, the Gujarati became their native language and the Gujarati sari became the garment of their women.  During the Pateti holidays and other auspicious days, this place is visited by Parsis. 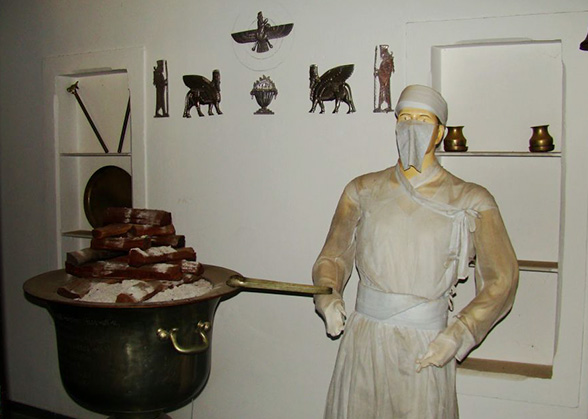 Built in 1742 AD, the Iranshah Atash Behram is the oldest functioning Parsi place of worship in the world today, which has established Udvada as a major pilgrimage centre for Zoroastrians the world over. Since it is the holiest of the places, only Parsis are allowed to enter the shrine. Non-believers like us can see the fire temple from outside and observe the few stalls outside the shrine which sell sandalwood, scarves and sacred food items.

Udvada also has a Parsi museum nearby, which showcases the Zoroastrian heritage, sponsored by the Government of Gujarat. They also have a tower of silence outside the city, called Dakhma which is the burial place for Parsis. It is a circular raised structure which used by Zoroastrians for exposure of the dead, particularly to scavenging birds. 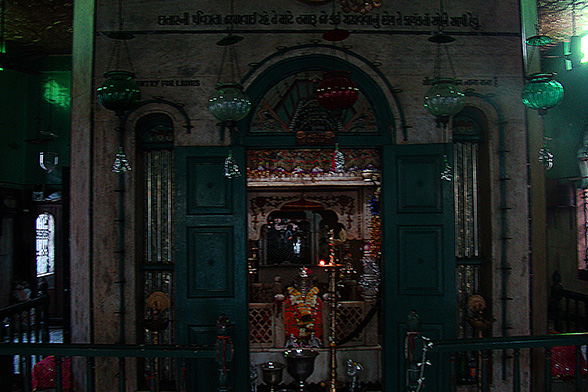 In the nearby village of Kolak, one eye catching sight is the Old Dargah Mira Dattar, which is in the centre of the village. It is not only visited by all types of pilgrims from all part of India, but irrespective of caste or religion. Mostly, the dargah is visited by people afflicted by mental maladies. People talk about the miracles of the dargah and my parents were an eye-witness to such miracles. However, the Dargah has now lost its charm and stands in disrepair. The small fishing village is on the seashore and most of the houses are closer to the beach. Although we all were enthusiastic to see the shore but unluckily, we were unable to watch the sea waves due to low tide during our visit 🙁

By the time we finished our visit, our parents were able to extract info about their old contacts in Udvada and Kolak. To our surprise, we received a hearty welcome from their old Gujarati friends who had not met them for the last 30 years! The bonding and affection showered on us was really heart-warming and ambiance of place made our stay worth in Udvada.  Beautiful ancient shrine, endless seashore, calm fishing village which is trying to restore its golden glory and the warm welcome made us realize that the golden memories reminisced by my parents was truly a worth destination to explore.

Top Monsoon Destinations in India to Get Nostalgic in Rain