I knew him for a long time. He was a cool guy, always joking around and social with people. Then one evening, he told me something I could never forget. This fun-loving carefree guy, whom I knew since my childhood, told that he was sexually abused as a child by his neighbour. He confessed of never telling this to anyone before, not even his family. Horribly shocked, I asked him what prompted him to unravel this secret all of a sudden. He said the show “Satyamev Jayate”. 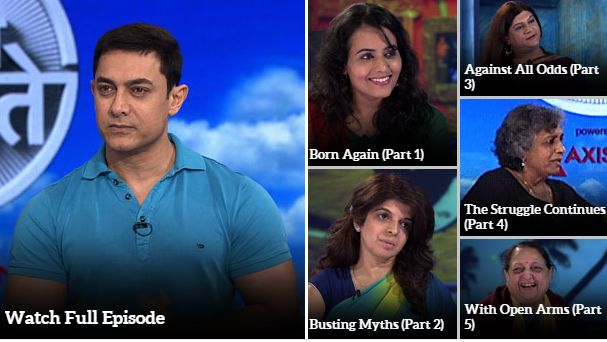 My friend felt so connected, so moved by the victims in the TV talk show that finally 11 year later, the painful unrest inside him could finally find a way out. He swore that no matter what he won’t let his children go through the same phase.

Whenever we discuss any social issue on any public platform, we mostly conclude with a simple suggestion of spreading awareness. There is no other show that does it to the fullest extent as Satyamev Jayate does. And this awareness is of different kind; it’s the awakening of our conscience rather than education.

In India, we live a life of double standards; we talk about principles but do accept or give dowry in the name of gifts. We know accepting or giving dowry is wrong, but we have accepted this vice. Satyamev Jayate shakes our conscience as we watch the tragic tales of victims and the potential monsters we can become.

We can easily conclude the nationwide success of Satyamev Jayate can be attributed to Bollywood star, Aamir Khan. He’s an actor who not only pays attention to his core work, but also understands his role in the society and uses his star power for the betterment of the society. Apart from making movies on social issues, he ventured into small screen with his talk show, Satyamev Jayate. 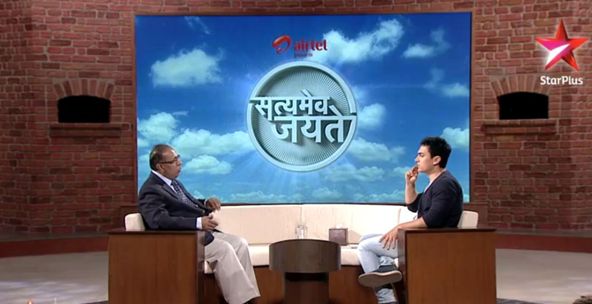 This show doesn’t stop at awareness but it also talks about the much required practical solutions, some of which are initiated by the host himself. Typically, we struggle to search online on YouTube to find rare documentaries to educate ourselves about a particular issue, but Satyamev Jayate did it in a touching way. The research work done by the Satyamev Jayate team before airing every episode is appreciable. Most of us know about child abuse. But when you are told that 53% of the total children are sexually abused, it creates great impact and makes you more vigilant. This is what Satyamev Jayate does; it leaves a lasting impact about social issues.

Similarly, Aamir Khan made an effort to discuss about various aspects of homosexuality in a deep and mature way. Homosexuality is a sensitive issue in India and it is important for Indians to understand that homosexuality isn’t a new entity at their home. It’s not a disease that can be cured. It’s a choice of living by some, which others need to understand and respect.

Further, the presentation of the show is truly touching and lasting. Especially the use of soulful music in the end gives you goose bumps. Satyamev Jayate has certainly helped in bringing about a positive change in the Indian society. It brought the Rajasthan government to setup fast track courts for cases that deserved urgent attention. Similarly, the Maharashtra government is seeking the show’s help to make rain water harvesting in all regions of the State. The show has helped people became aware to use the child helpline and drink line. Moreover, a sum of Rs.22.3 crore was received by the NGOs featured in the first season itself.

India is a young country, with more than 60% of its population below the age of 35. This is the same generation that has seen the transformation of Indian Television serials right from Shaktimaan to Bigg Boss. In the midst of all the melodrama of the daily soaps and the publicity stunts of reality shows, a great initiative like Satyamev Jayate comes as a fresh breath of air in our stale society.

Today, people are openly talking about social issues and are trying to understand them; which indeed is a great achievement for Indian society. I would like to thank Aamir Khan for bringing up such sensitive issues and handling them in such a mature way. Today, on his 5oth birthday, we salute Aamir Khan for opening our eyes to the harsh reality in our lives!
Image sources –