Just less than a week left for the massive celebrations of Navaratri or Dussehra to start. The country becomes colourful and the goddess would be worshiped throughout. We would come across festivities in the name of Durga Pooja, Ramlila, Garba, Battukama and the navaratri kolu. 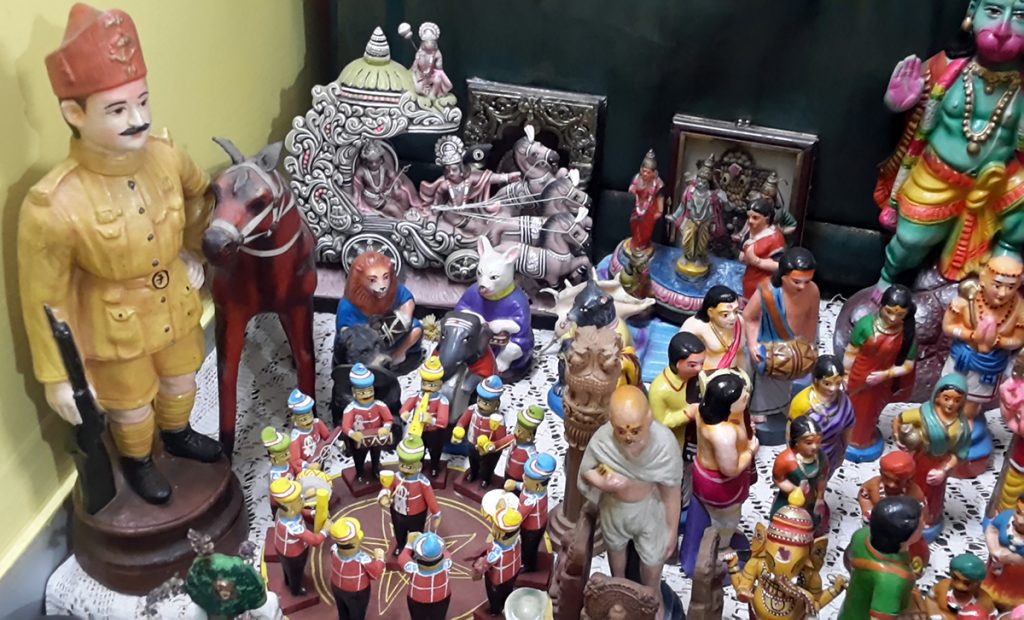 Navaratri kolu (Tamil) or Bhoombe Habba (Kannada) or Bhoomai Koluvu (Telugu) is when the dolls or Bhoomai come alive. The dolls are traditionally or in the present scenario thematically arranged in steps counting odd number (starting with minimum of 3 and growing bigger into 5, 7, 9 and so on).

The traditional arrangement needs a lot of planning and knowledge to be followed. The kolu normally describes the supreme-power, evolution and growth of mankind in a simple arrangements. The topmost step is dedicated to the three goddess – Durga for strength, Lakshmi for wealth and Saraswati for knowledge. This step also contains the kalashem which is a small pot having pomegranate in it instead of coconut to depict the  goddess in the form of mother. The fruit pomegranate is used, as its seeds are meant to represent all the living beings on earth. That is to say, every living creature from a microbe till a mammal is born on earth through the mother. 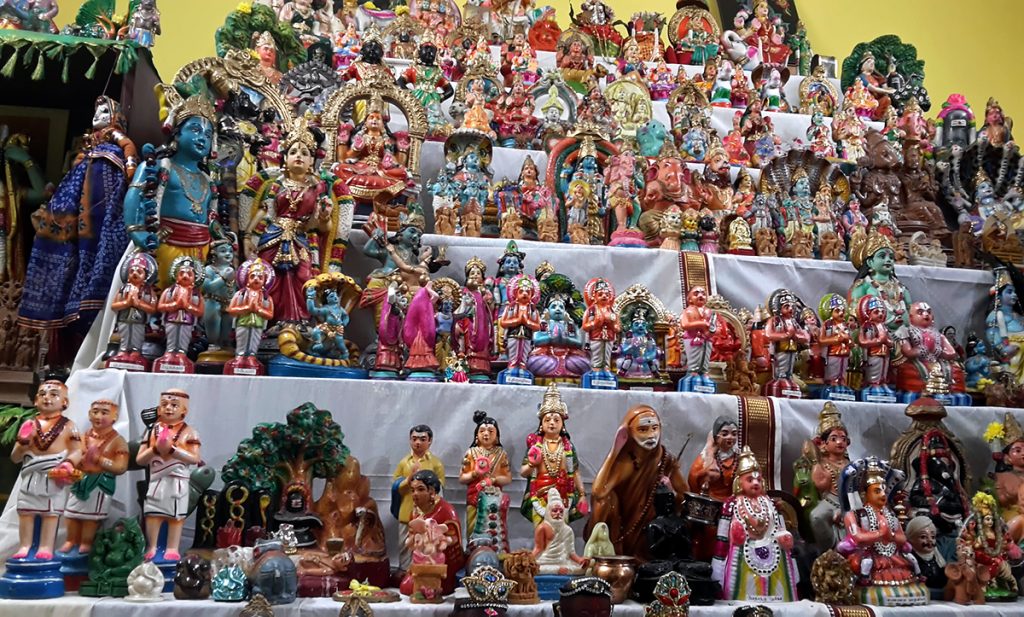 The second step represents all the gods. It is in this step that lord Shiva and Vishnu (Brahma normally not often being represented in the form of an idol) get introduced along with their goddess being their better halves. The consecutive step below would be representing the incarnations of the god on Earth. The best example for this is the Dasavatara (Incarnations of Lord Vishnu ).

These steps are followed by the gurus of the previous generation and the current generation. It would include the saints and the philosophers. This is followed by the steps depicting the day today activities and living of us, the common man. The final step would have all the live forms together finishing up with the kolu. 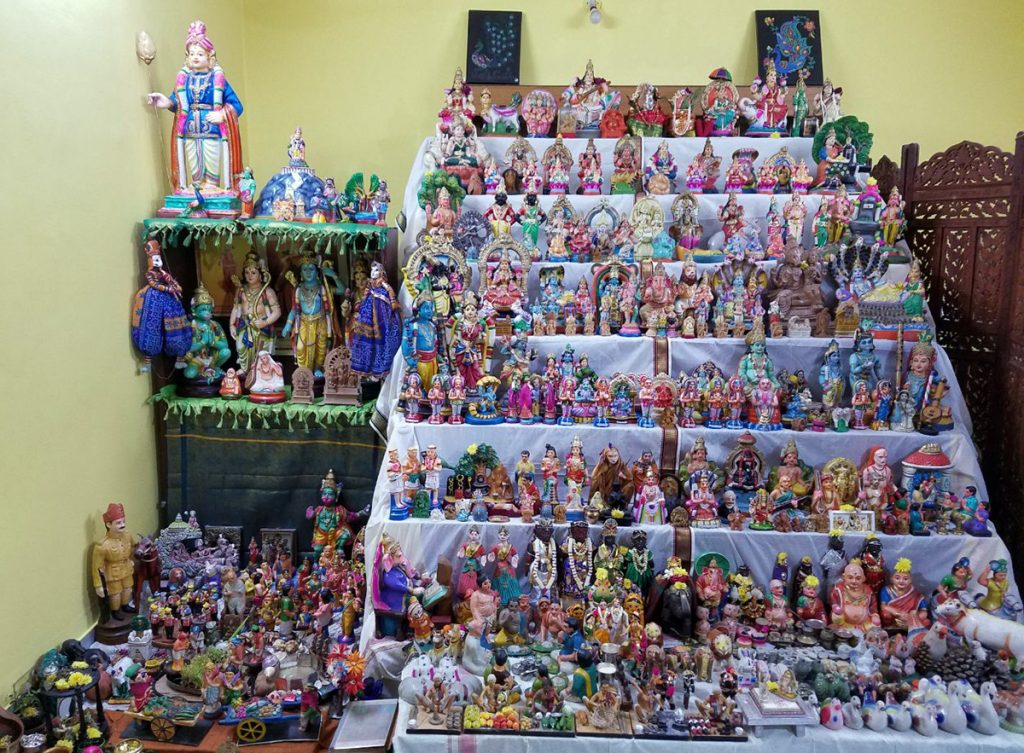 If noticed carefully, we would be able to understand that the sequencing is done not randomly but on the basis of evolution of a person’s mind. The animals having the shortest lifespan is followed by human who has the power of thinking, communicating and working in a society.  The step above are the gurus who show us the path to enlightenment (it could even include pioneers in a field of academics like Sri.M.V). This path was laid when the god incarnated on earth to show man the way of living or the difference between our duty and rights or between the good and bad. This is continued until we finally reach the goddess who in the form of mother gives birth to each one of us!

The time has now come to gear up for this big festival and this time may we not see it just for the new dresses, gathering, yummy prasadas and the colours but also for the meaning behind why celebrate it so.